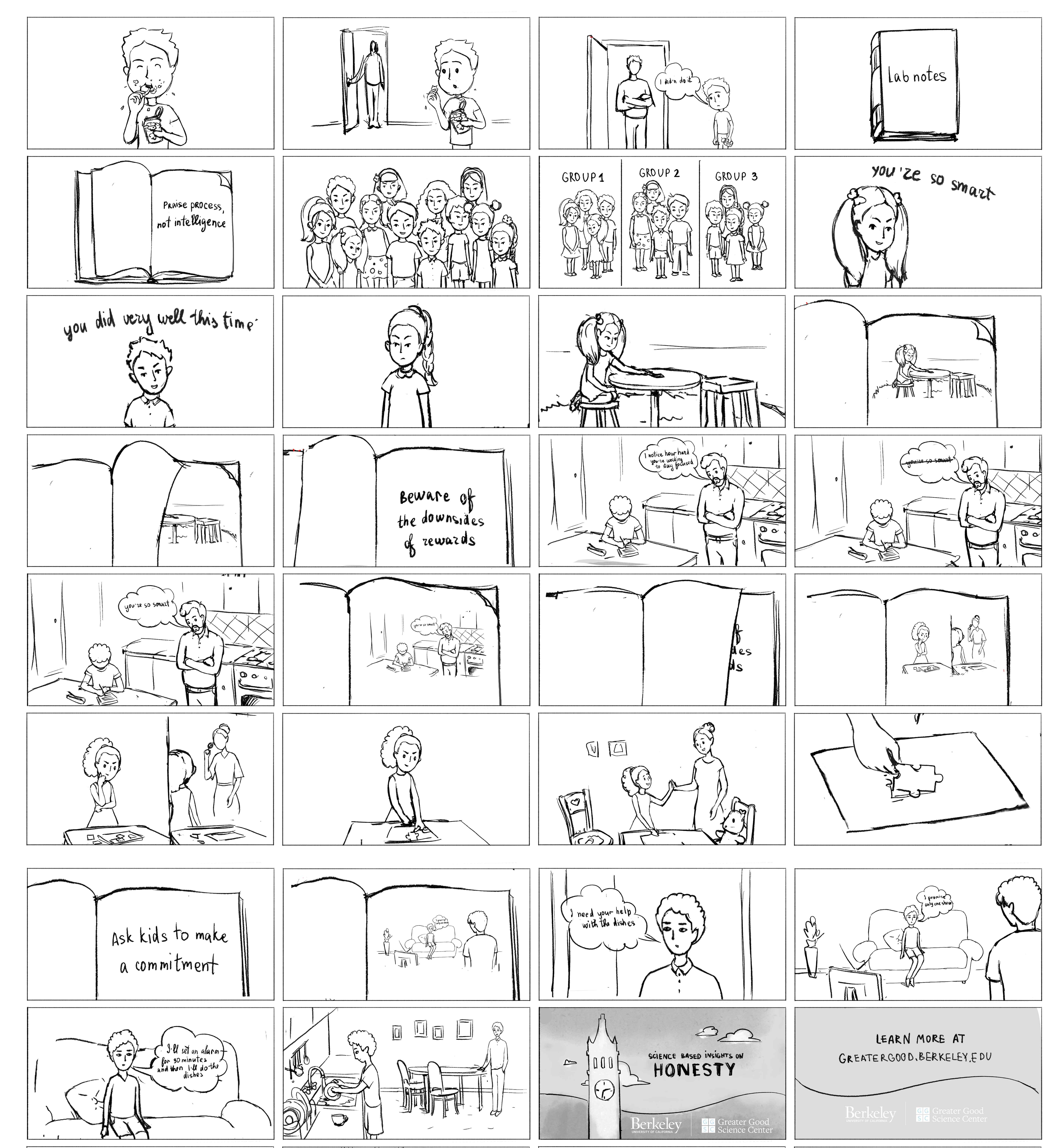 This animation is to help teach parents how to help raise honest children. The client does science based research on raising kids, and this animation illustrates with a few research studies some tips for parents.

We have created video according to the client’s script. We made illustrations and animation for the video.

But teaching kids to be honest, even if it results in negative consequences, helps them strengthen relationships with their families, teachers, and friends. Here are some tips to cultivate honesty in your child. Praising your child’s effort, not how smart they are, fosters honesty. Researchers recently studied cheating among 3 to 6 years old children. The children were split into three groups to compare how frequently they peeked during a guessing game. Children in the first group were praised for their ability. The second group was praised for their performance. And the third group received no praise at all. Researchers found that the children who were praised for being smart were more likely to peek than the children who received performance praise or no praise. Emphasizing how smart your child is may make them feel pressured to maintain that reputation–making it more likely that they’ll cheat. But highlighting their effort not only encourages a growth mindset, but honesty. Other research has shown that parents should think twice before offering treats or toys to their children because it may increase dishonesty. If children are already really interested in something, then introducing a reward undercuts that interest and their motivation shifts to getting that reward–making cheating more likely. In everyday situations, parents can be on the lookout for their kids’ natural curiosity about the world to nurture their love for learning and problem-solving. You can also encourage honesty in your child by asking them to make a commitment to be truthful. A recent study found that children are more likely to be honest after making a verbal commitment. Talk with your kids about your expectations and, rather than just seek agreement from them, ask them to explain how they will be truthful. Honesty is a foundation for trust and it’s key for thriving relationships and strong communities.