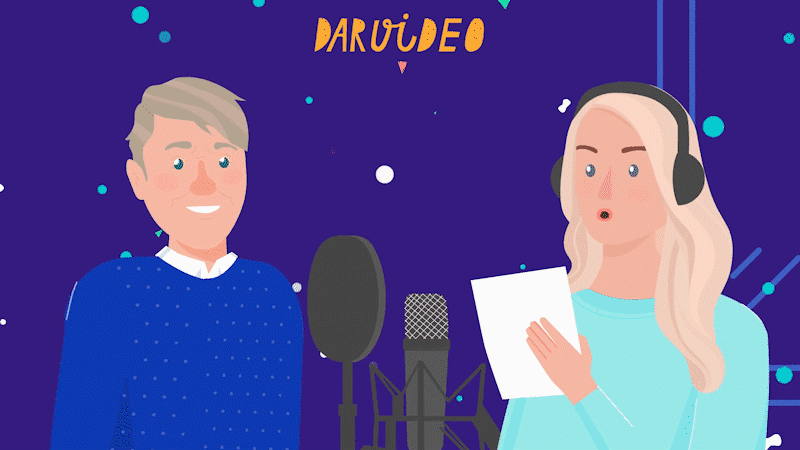 Translating explainer animations can be simple with some preparation

A few days ago, we spoke to online voice-over agency Voquent.com about what goes in to translating explainer animations. They translate and voice-over dozens of videos every day. Let’s delve in.

It may sound obvious, but not everyone’s first language is English. The number of native English speakers is dwarfed by the numbers of non-natives who suffer speaking English as a second or third language.

Yet, most explainer animations are made in English and stay in English. Even if they are eventually translated, it’s done cheaply using closed captions. This lack of attention to detail is felt keenly by foreign speaking audiences. It doesn’t actually take much effort to fix this.

There are a whole host of reasons to justify the additional time and cost of translating animations. Reach is probably the biggest because it’s not simply about making content understood, it’s about engaging audiences emotionally – inspiring them to act.

Are they more likely to buy a product or service if the website explainer is in their own language? Of course. They’re also more likely to share the video with family and friends.

Animations are ripe for translation. The on-screen text can easily be adapted in the project source files (animation software) and translating the voice over is a lot simpler than dubbing film. Here are the four steps to making your animation accessible to foreign audiences.

Before any work begins on the script tell your script writer that the animation will be translated. It’s important they are aware because colloquialisms, humour or metaphors can be difficult to translate and it’s best to avoid their use in the original script where possible.

English is a relatively short written and spoken language. A German translation can expand by as much as 40% and Italian words have more syllables, so Italian words can take longer to speak. A good scriptwriter will keep the script short and concise anyway, but if they know it’s being translated, they’ll also ensure some spacing is left in the storyboard, thus allowing for the expansion of text and speech.

If the animation is a short promo with a specific duration, such as 15 seconds, extra work may be required to ensure consistent timing across all language versions.

With Darvideo, you’re investing in a high-quality animation – so don’t skimp on the translation budget! Use a professionally trained and experienced linguist, ideally with experience translating voice over scripts and/or marketing content. A professional voice-over artist can only do so much with a poorly written script!

If you’re translating to a single language and you’re comfortable getting the translators work checked by colleagues or friends, you could find a good quality translator on a general freelancer site. I’d still recommend getting the translation checked by a professional linguist. Ideally, if you don’t mind spending a little bit more for quality, use a translation agency. It will save you a lot of time because they will already have expertly vetted and tested translators with appropriate industry relevant experience.

Make sure the translators have the voice-over script, storyboard and any other relevant information such as the audience demographics. All of this is useful context for them.

Note: if you need closed captions, use a specialist audio-visual translation company. Translating subtitles and captions is a different skill to traditional translation work.

Anyone can buy a cheap microphone and call themselves a voice-over artist. It’s easy to find cheap voices on marketplace sites, but a cheap voice over has a hidden cost.

You won’t know how many more views your explainer could have had if you’d used a professional voice artist.

A professional voice-over artist does a lot more than read the script ‘clearly’. The rhythm of their speech, microphone technique and tone are a practiced art. They will keep the audience entertained.

It often makes sense to go to a multilingual voice-over agency like Voquent. At Voquent we’ve already pre-approved native speaking voice talent and can provide a good selection of voices to choose from (or choose on your behalf). Our engineers will also edit the audio to industry standards, ready to drop into the animation software.

Of course, you can work with voices directly and if this is your preference, there are a lot of online options to find professional voice artists. Just make sure they are native to the target region. If your audience is in Catalonia, choosing a General Neutral Spanish voice-over artist might be a mistake.

At Voquent we categorise over 1500 dialects and accents to help with choosing the best region-specific accent for the animation.

It may be easier for you to upload the animations to your YouTube channel but is that where your audience will find it? Don’t overlook the importance of researching the viewing habits of your audience.  For example, your French audience may gravitate towards Facebook videos, whilst your Arabic speaking followers flock to Twitter. Find out what works best for each demographic.

If you’re not sure how to do this, talk to a translation agency. Not only can they help with distributing your animation to the best region-specific channels, they’ll also help you with everything from translating the titles and descriptions, to choosing the most appropriate hashtags!

Do you make animated videos in Spanish language? Have you got Spanish voice over talents?

I often face animated video adaptation to other languages.
Good to know the hints. 4 Steps to Making Animations Accessible to Foreign Audiences