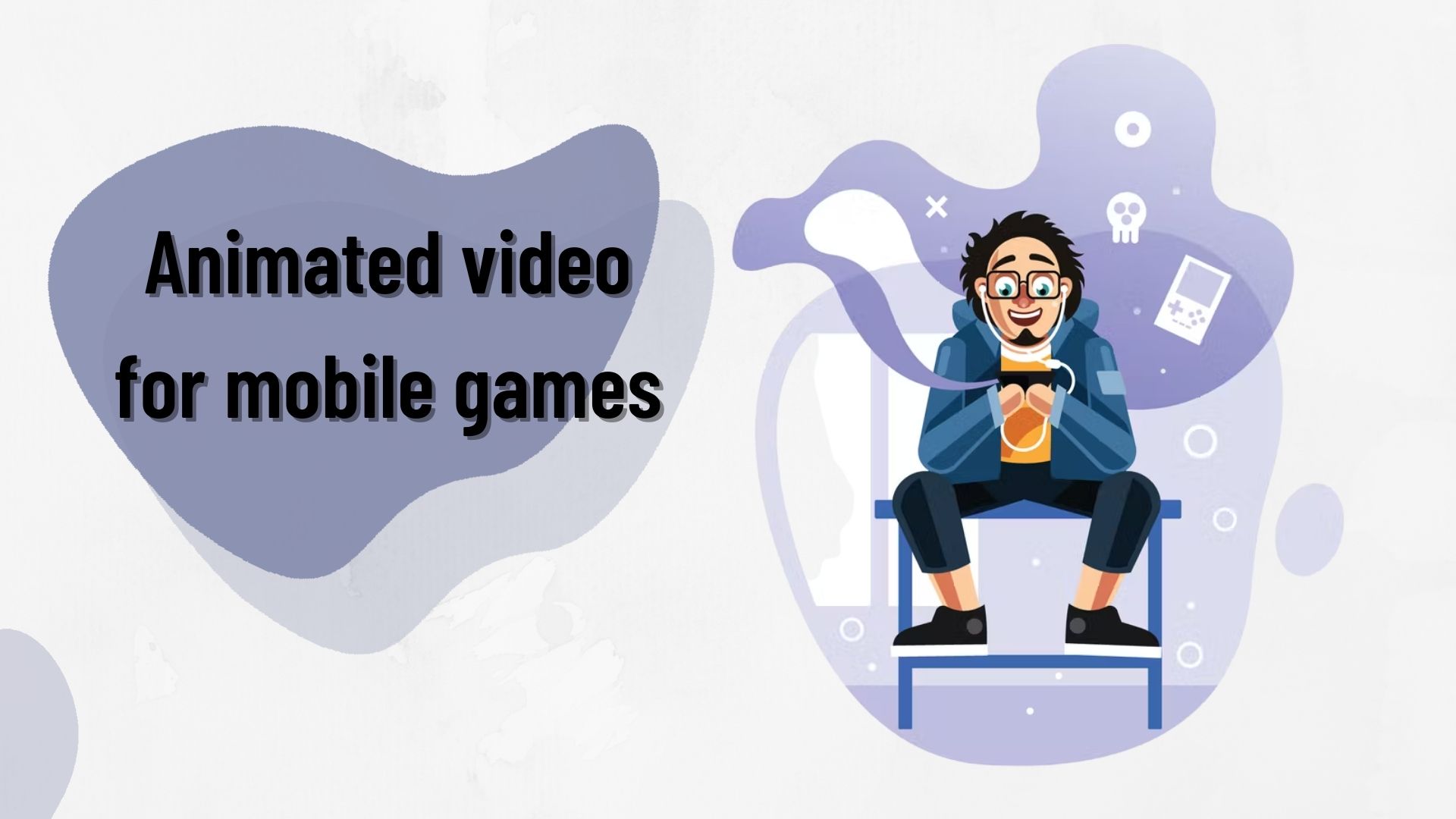 I’m sure there is no single person who uses a mobile phone and hasn’t played mobile games. Whether you’re bored or waiting for someone, or just need a little break, you can spend some time playing games and having fun. In step with advancement goes the development of the game industry. It keeps abreast of cutting-edge technology and has a lot to offer.

Even at the very beginning, it was always exciting to play Snake or Space Impakt, even though the phone screen was smaller and not that colorful. Modern game developers have created thousands of new great games for every user. There is something for everyone on Play Market.

The most crucial thing about every game is its 3D or 2D animated video and animated elements. That’s what makes the game so engaging. Characters, colors, style, narrative, dynamics – there are plenty of things, which are combined by animation. In the end, you become the game, where you’re able to synchronize with a character and have so much fun!

What kind of animation is used in mobile games?

If you’ve played even just a little, you’ve already might be involved in that great dichotomy between 2D and 3D. It’s always hard to choose, because of the big amount of good games in both areas. The use of 2nd or 3rd dimension depends on game stylistics. 2D is often casual, slower, with a good narrative. They are mostly flat, and unrealistic, but it also allows them to depict a game world more artistically. 3D is all about dynamic, action, and of course special effects. Because of the dimension, it seems to be more similar to the real world.

Because of the simple gameplay, it’s not so complex to control the character, which has not so many options for moving, so as the game environment. But don’t get yourself tricked. It may seem retro, “tap and play” style, but actually, you could get some good benefits: such games are easy to download, easy to handle, and they provide you a hassle-free experience.

3D games have become popular in the last few years because it offers a player a more realistic sense of a game. Nowadays there are more and more technical opportunities to increase that sense and make a stronger emotional connection between a player and his character. Lovely graphics and a high-quality design make the 3D game increasingly attractive for a player. Of course, if we look at this with the eyes of a game designer or a game developer, we’ll see that it’s much more difficult to achieve – you have to deal with many technical caveats, financial sides, etc., but in the end, it’s definitely worth it.

Why are players delighted to see animation in games?

The answer seems to be on the surface, but still. Why is it always so joyful for us to see how things move, sparkle, appear and disappear? Aren’t we already used to it, living in such a high-tech world? Animation and fast-changing images become part of our perceptions, in which the ability to long and deep concentration moves to the background. Let’s not measure by good or bad, just take it as a fact. From a little child, who just started exploring the world, to elderly people, who open themselves to something new with modern technologies – we are all fascinated by animated stories, which are happening with us on the small screen of our phones. Waiting in a queue, taking the subway, cuddling in bed, in a boring class, we’ve always got access to a different realm, where we can be anyone we want and get that kind of control over the character we don’t have in real life.

Animated videos as a part of the games

And that’s the part of the game where we lose our control and are only able to watch. Game animated videos usually open the game and tell the story. It’s more interesting than just reading it – you get acquainted with the character and dive into a new dimension. Such videos are also used during the whole game to give a gamer a little break and show the story, often some dramatic twist.

There are two types of them – cut-scene and cinematic. The first one is built into the game and even allows you to make some choices during it. The second one exists in the game, but also beside it as well. These types of animated videos are aimed to add some details to the main plot, show pre-story, etc. As a rule, it’s high-quality videos, which look trailer-like or clips.

We are used to having the completely new world in our pockets with all day and night access to it. Every day game developers are working on creating new ones. The quick advancement of technologies offers us more and more opportunities to come through innovative experiences, and to feel a whole bunch of emotions! Animation for games plays a key role in it and becomes increasingly popular and wanted, even besides the games, as a newly independent genre of videos.

I reckon something genuinely interesting about your web blog so I bookmarked.

In my opinion, all games use only animation. They can’t be any other right?

I enjoy what you guys are up too. This type of clever work and coverage! Keep up the fantastic works guys I’ve incorporated you guys to our blogroll.

I can’t imagine games without animation to be honest. For me, these concepts have become

I also noticed this trend, I often play games and follow all the news.

I spend all my free time playing games. Animation – cool

As a Newbie, I am continuously exploring online for articles that can help me. Thank you

cool examples of this kind of information Thank you

Didn’t expect it to have such an impact on games

I’m keen on this post, enjoyed this one thank you posting .