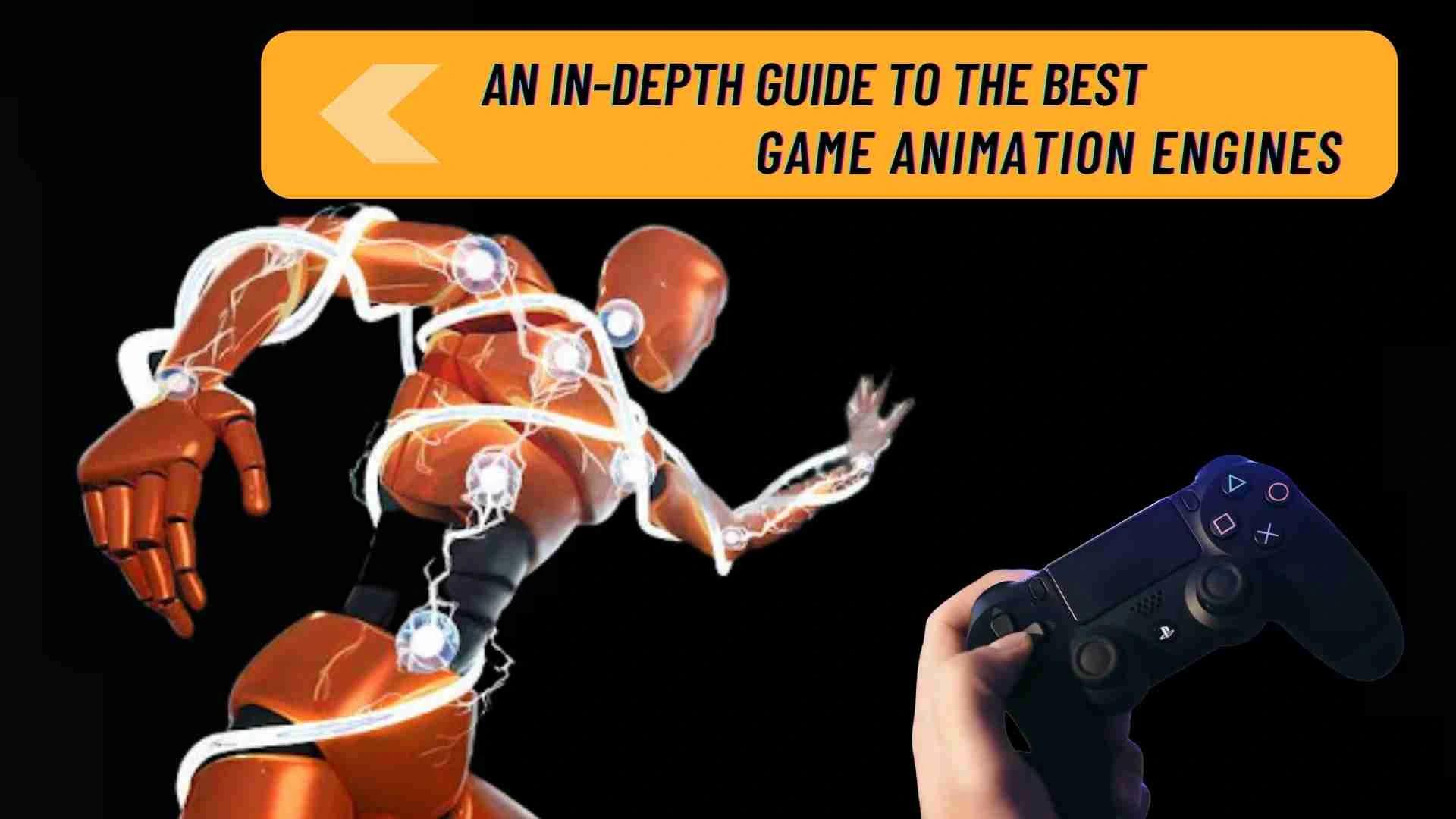 Game animation engines are revolutionizing the way that we design games today. The top video game developer studios aren’t the only ones making games anymore. Indie developers and regular people have access to powerful game animation engines. Thanks to cost-effective platforms (or even free), smooth user interface, and easier learning curves, almost anybody could give it a try. Today, we give you an in-depth guide to the best game animation engines out there right now.

What Should you Look for In the Best Game Animation Engines?

If you’re trying to find an animation engine that suits you best, you’re probably deep into some research. We can say start by looking at system requirements with game animation engines. Are you using Windows? Mac? Or maybe Linux? Afterward, you should check out if the engine is free or not. More animation engines are becoming free to use, but provide paid plugs for a more customized workflow experience.

Lastly, you want to find an engine that uses a programming language that you’re comfortable using. Not everyone is willing to learn a new language from scratch. If coding is not your strong suit, more popular platforms have visual scripting languages instead.

Unity is by far, the most popular game animation engine for developers around the world. This engine made by Unity Technologies succeeds in its mission to democratize game development. Why? Because anybody – both big and small developers could build on it. It’s also a free game animation engine that is supported on a variety of platforms. These include:

The deep community of Unity is essential to any budding developer. The tutorial library is in-depth, but there are also forums packed with knowledge so the learning curve is easy. Prototyping is quick and the interface is convenient. Unity makes it so developers don’t have to do any advanced coding.

Unity is used for thousands of game titles. While lots of them are mobile games, bigger (AAA) games such as Wasteland 2, Firewatch, and Shadowrun Return were also developed with Unity.

As for graphics, Unity has physically based shading and rendering for realistic lighting. Recent updates have given Unity lightmapping and camera stacking for rendering things outside of the camera’s context. Not to mention, the visuals scale down to any device including smartphones. It’s wonderful for rendering 2D and 3D scenes as well.

Unreal Engine has seen some groundbreaking advancements over the years. Developers working with computer graphics have been trying to tackle real-time global illumination for a while. That means getting dynamic bounce light without waiting long periods for single frames to render. Developers can drag objects away and watch how light breaks through and casts over other objects.

Graphics and animations built with Unreal Engine might just have you wondering if that rock formation or cave is real or not. It’s one of the most popular game animation engines out there. Not to mention, Unreal Engine is free to use so anybody could try it.

They support a variety of platforms including:

Here we can see a recent character rendering test.

Unreal Engine is capable of showing immense character detail such as wrinkles and scuffles on skin. Even the facial hair is deeply textured as over 30,000 facial triangles are used to create hyper-realistic characters.

Screenshot from the Unreal Engine program

Blender is capable of creating 3D worlds, images, intros, and of course, games. It supports just about everything in the 3D pipeline including modeling, sculpting, rigging, compositing, and motion tracking. But it doesn’t stop there. Blender is popular for 2D animations as well.

Like the other game engines mentioned above, Blender is free to use for anybody. Recent updates got rid of bugs and made the interface much easier to understand. The stability overall is very strong so you won’t experience glitching and crashing much even for a free engine. It runs on major operating systems including:

GPU rendering is quick and easy to scale. By using powerful tools such as Cycles, it gives Blender new features almost every week. Eevee is another powerful tool where animation renders are completed in minutes rather than hours. It’s a huge upgrade in the CGI world, but it takes some time to learn.

Overall, as great as Blender is, it doesn’t have much support. If you have trouble using it, it’s going to take much of your research to get answers on how to master the engine and fix potential problems.

Free to use: Accessible to anyone

Integration: Python can easily be used with Blender

Screenshot from the Blender program

We thought that a great 2D game animation engine deserves to make the list here. The spine is a 2D skeletal software used for video games. It has a flexible interface that also offers efficiency and stability. You could use Spine on the laptop if you wanted to because of how light it is. But don’t mistake Spine for being anything less than powerful in the world of 2D animation.

What you’re going to get is a strong focus on skeletal animation.

Spine provides an excellent workplace using smooth working kinematics. This means you can make smooth animations defined by a series of moving bones controlling your mesh. The engine kind of automatically understands how you want your character to move which saves you time and effort.

The interface is quite simple which is ideal for 2D animation. It supports UI scaling and provides integration with other platforms such as Unity (pretty common among developers). You can zoom in and out with ease and enable a SETUP mode to go back and forth between designs.

You can make spine ready sprites by dividing your character up into sections. Other than that, it’s pretty traditional. Not to mention, it has an efficient character rigging process which is usually an intense part of building animations. Afterward, you simply click the ANIMATE button to test it out.

Spine is a name on this list that isn’t free to use. The basic package costs $69 to purchase.  It costs around $300 upfront for an upgraded package. Some developers seek out free alternatives such as Dragonbones, but everybody has their own preferences and budget.

On a side note, Spine runs on the following systems:

This means both popular gaming studios along with smaller developers are using the same game engines. With limitless potential, it’s safe to say development has no signs of slowing down as some of the listed engines above have set the industry standard.

I would never have thought that I could try to create a video game for free at home.
Thank you for that!

Very cool programs. You can work well and most importantly budget without even leaving home.

Creating an animation is a difficult task. There are not enough programs, you still need to understand how it is done, to know at least the basics. Therefore, I recommend beginners not to rush to create something right away. First you need to learn a little.

Thank you for sharing these programs with us. Which one is your favorite?

Cool review. I learned a lot of new things. Thumbs up!

I really like games. It was interesting to learn about this world from the other side

Colossal work. How much effort is put into each animation, regardless of whether it is created for video or game.
Thanks for telling us!

I really enjoyed this detailed review of the programs. I think it will be useful for many. I shared your site on my blog. It should see more people than I believe.

Are there any programs that can be used on Android, that is, from a phone? This is something new.