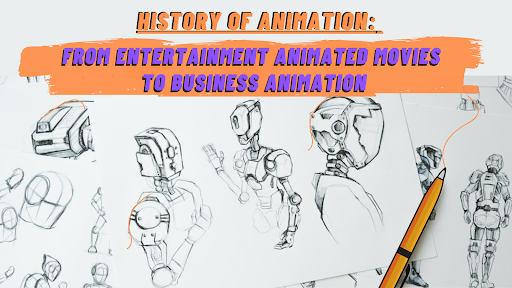 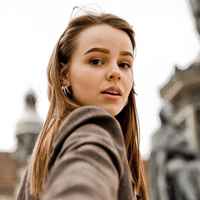 In recent years, animation has become an integral part of worldwide marketing for many brands. They imply moving away from a soulless selling process with loud tag lines to more personal interaction with customers. And animation, as you might already know, is perfect for setting human connections between the brand and the community around it. It fosters relationships with customers by leaving bright impressions and associations through animated characters. And it somehow works exactly like Sundays in front of the TV screen with your favorite cartoon.

That’s why many marketing experts say that an animated explainer video is a top marketing practice for product brands because it allows setting an emotional connection between the product or service and potential customers. It simply increases its chances to become their choice in the future.

There is no surprise that the history of animation technology showcasing moving images changed over the years. We are now leaving in a world when computers and modern technology create some terrific animated videos that we got used to seeing in our everyday life. Let’s now get back in time and explore the evolution of animation.

Before the CGI (Computer- Generated Imagery) that we are used to in the twenty-first century, animation existed in many forms that step by step led to the technical feat we see today. Animation has experienced lots of forms: starting from the roots as ancient pottery in Greek and ocular “toys” of the seventeen century.

Animation techniques use photos and drawings to manipulate them and create the illusion of movement as well as present a narrative to viewers on screen. Some consider Egyptian or Greek pottery as an early form of animation. Why so? It simply depicts scenes of movement and expressions along its surface, like a comic strip.

People come up with the idea that pictures taken of moving objects could create an effect of a motion picture approximately 4000 years ago. For example, this Egyptian mural showcases the wrestling match between two competitors.

Many centuries after that, people started telling stories with the help of the magic lantern, invented by Christiaan Huygens in 1659 used to project moving images.

The first device that could create a fluid illusion of animation was the Phenakistoscope invented by Joseph Plateau in the year 1832. It still fascinates, by the way. 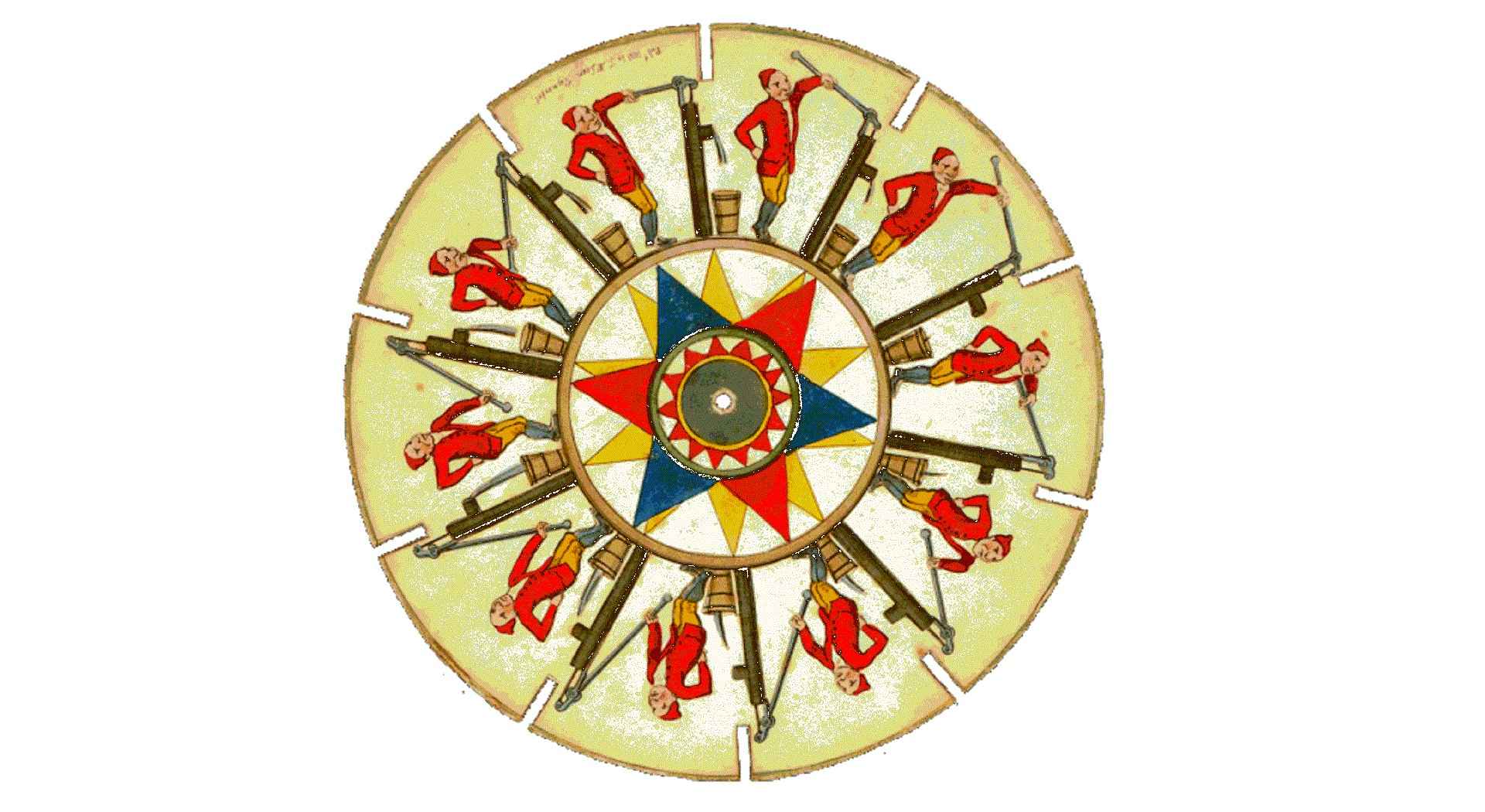 Since the idea that moving objects could be recaptured got to people’s heads, that’s where the valid animation history starts.

Early animation (1888 – 1914) was crude. Such first animated films were made with devices that were relatively simple and primitive.

What Was the First Animated Film?

Émile Reynaud patented a system in 1888 called the Theatre Optique. His series of animated films contained 300- 700 frames (painted images) in each film and lasted approximately from 10 to 15 mins. Her “Pauvre Pierrot” is often credited as the first animated film since Reynaud’s picture roll was hand-painted with individual images. No photos were computer-generated. Check the example below!

Do you have an idea what Cel Animation is? Cel is a transparent sheet made from cellulose camphor and nitrate that was used for drawing objects by hand. So, traditional animation implies drawing characters on сels and superimposing on common background images to reduce the number of frames and production times.

One more technique that was commonly used in this traditionally animated era was stop- motion technique. It was used to create a perception of movement in the object.

What Was the First Feature-Length Animated Movie?

You are right! Here comes Disney! The first animated feature film is ”Snow White and the Seven Dwarfs” produced by Walt Disney Animated Studios in 1937. This film used the traditional animated process of cel animation with rendering 2D visuals on a transparent sheet of celluloid.

The interesting fact is that two years later, Walt Disney won 8 Oscars for this animated masterpiece. And yeah, the work turned out to be so difficult that at the end of it, many of the illustrators needed medical help! The diagnosis was almost the same for everyone – overwork. Wanna know more mind-blowing facts about your favorite cartoons? Hit it to this article on our blog.

People started experimenting with computer graphics in the early 1940s for research and scientific purposes. Composer, animator, and inventor John Whitney Sr. built a custom computer device, using mathematics to control it in more specific ways. As a result, he could produce precise lines and shapes.

Even though the first computer-animated films were basic, they have changed the principles of how animation was done. Wanna know what was the first computer-generated film? Hummingbird (1967) was made using 30,000 images and 25 motion sequences generated by a computer.

The first full-length cartoon created in CAPS (Computer Animation Product System) was “The Little Mermaid”: instead of the usual celluloid films, expensive paints, ink, and xerography, animators came to the aid of the latest technologies that allow drawing directly in digital form, and various settings such as transparency and mixing any color. That opened up new possibilities for illustrators at all: some of the newest techniques can be seen, for example, during the performance of a legendary song: pay attention to the light falling on the stones and the soft illumination of the bubbles.

The abilities of computer animation were improved way further, as more people discovered the capabilities of this new medium. Eventually, it evolved into the CGI (Computer-generated masterpieces) that dominate our media today.

The stop-motion technique was succeeded by what we interpret today as computer animation. Modern computer animation includes 2D and 3D animated graphics. They are put in motion together using either frame-by-frame or rigging technique. As a result of CGI, films are created and rendered faster, also ensuring that animation could be used not only to produce cinema and TV series but also for brand storytelling.

We now consider Pixar as one of the greatest animation market leaders, but its iconic status found its start in a little “lamp that could”. Here is their very first short film ever to use shadow mapping to show shifting light and shadow animated objects. Its procedural animation was marked as a breakthrough in CGI.

Digital technology is changing the fastest. But in most cases, the viewer does not notice the endless improvements in computer graphics, which allows you to make the textures of fluffy clouds, the sun-pierced sea or “real-looking” human skin, as well as drawing a huge army in the film so that no one even thinks that it is not real.

Peter Jackson’s Lord of the Rings trilogy is remarkable for the motion capture and CGI work that went into creating “my precious” – character Gollum. It was the first character that showed the world what CGI is capable for. It was a fully computer-generated character which appeared like an actor and performed amazingly well.

The next milestone in animation history was James Cameron’s Avatar featuring real actors in computer generated and magical worlds. Alien world Pandora due to the motion capture techniques and advanced CGI was brought to life in both 2 and 3 dimensions.

3D glasses aren’t the limit to what moviegoers can expect from modern viewing. Linda Simensky, a visiting professor of cinema studies sais:

“What you’ll start seeing over time, I think, is more experience-type movies, where you’re putting on the goggles, having virtual-reality experiences. Maybe not for really young kids, but for teens and adults you’re going to start seeing more 360-degree experiences. It’s not the future of movies, by any stretch, but you’ll see more of it as they start to figure out the technology.”

Today there are many opportunities to watch 360-degree films directly on the computer: technology grants us this opportunity as well. For example, here is the drawn “Pearl” by independent American director Patrick Osborne, which is the first VR film to be nominated for an Oscar. This is a sentimental musical story about a father and daughter who spend their entire lives in a 1970s hatchback car. By changing the angle of view with the help of the cursor, we can see the father driving the car and his growing daughter at the back sit.

How animation rises in the Advertising Industry?

Today, we can see and create a variety of animation in sales & marketing. You might be wondering when it all started? That was the time of Mickey Mouse, Bugs Bunny, Popeye, and many more iconic cartoon characters created by Disney – the golden age of American animation in the 1920-1960s. 1940 is the year when animation entered the space of TV advertising for the first time. Just think of Mr. Clean – he was born in the 1950s and is a commonly used hero even today. It’s where everything began.

How does it evolve over the decades?

Where are we now

Today animated commercials are a real help in communicating with your customers, as well as making complicated business concepts easy to understand and make a brand`s message sound. The animation opens countless opportunities for companies to introduce themselves originally and extraordinarily. Animated explainer videos for business are becoming an indispensable component of a digital marketing strategy in 2021.

What a fascinating story

No one could even think before that animation would be used for business purposes.

Great article. It was informative to read.

You are an animation connoisseur. You seem to know everything about it. Thanks for sharing.

We are just going through a detailed course on study, it was interesting to read and informative.