Home | Blog | Storyboard Creation –Why Is It Of A Great Importance

Storyboard Creation –Why Is It Of A Great Importance

Professional studios in almost each of their projects use a video storyboard or animatics, and sometimes both. In order to distinguish one term from another and make clear what is a storyboard, let’s see what their difference is.
The general storyboard definition – this is an outline, frame sketches. Static pictures, as in children’s books, which give understanding to the customer about the director’s idea and what will be on the screen. 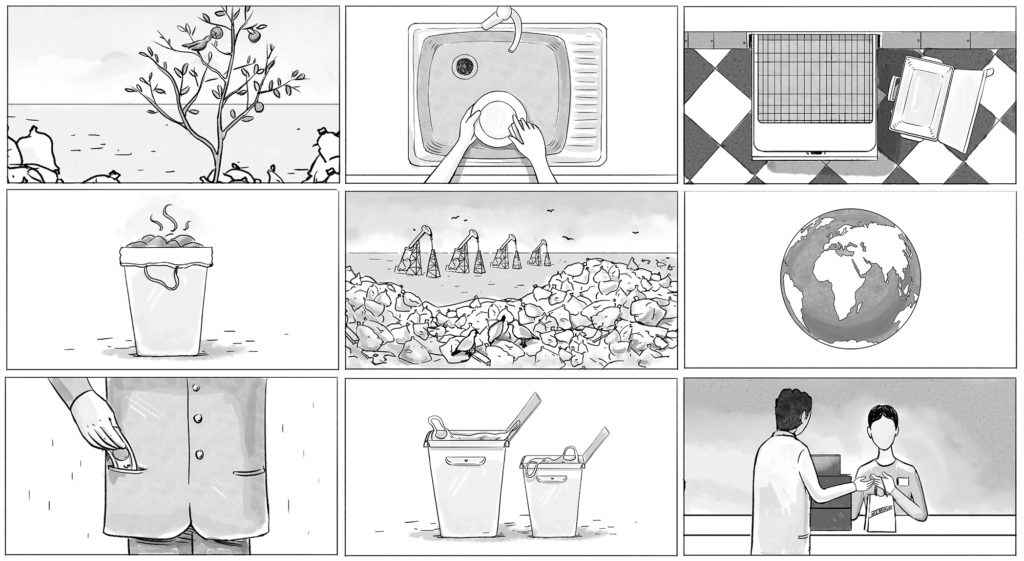 Animatics is a more complex and serious product, namely, an animated storyboard. In this case, the customer sees not only how the director’s idea will be realized, but also provides an opportunity to see the overall dynamics of the future video.

The pioneer of storyboard creation was, of course, the legendary Walt Disney – that’s his merit we can imagine in details the future shooting looking at the sketches or shots presented in the storyboard.

Use of both these tools is necessary and useful. Yes, the storyboard process adds time to the project. Yes, all this, of course, costs money. But imagine how many nerve cells you can save in the final post-production! Quite often, the explanation in words or even the provision of references to the client does not guarantee that the picture in his head is identical to the one you are trying to describe. How many then you can get comments on the final version of the video. Imagine having to redo all this. The working hours of your employees, rental of equipment, transfer of future projects, as it is necessary to complete the current, additional costs and much more. But if, initially, a storyboard or animatics is included in the project, then all these problems can be easily avoided. At this stage, script corrections or even a change in the overall concept are still possible. In addition to everything, with animatics, you immediately see the total timekeeping, which is very important for promotional videos, where every second count.

Storyboard in animationmay be different. It can be schematically drawn by the artist and presented in animatics as a change of pictures. Or it can be very detailed, even taking into account the appearance of the chosen characters and the mood of them. In the animatics, you can add music or narration to maximize the mood. The degree of its detail also varies from the needs of the customer, the time allocated for the project, and, of course, the budget. 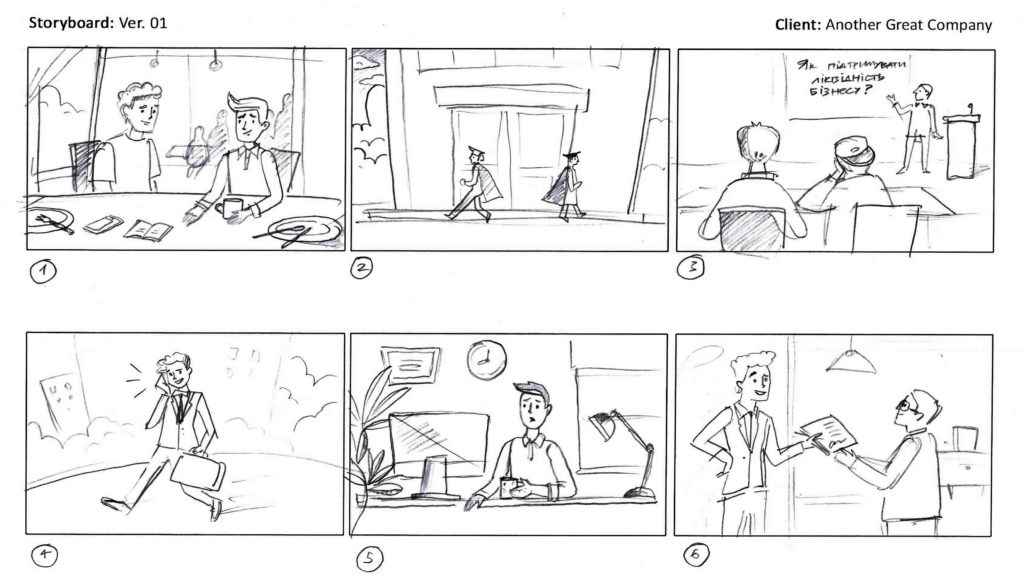 Storyboard making – How does it look in practice

First of all, the brainstorm with the designers, client, storytellers and other employees of the animation video studio is held. There the future plot and characters can be discussed and claimed. And then there’s the artist’s part of work begins.

In its classical type, the storyboard making has a resemblance with the comics creation – its result looks like a strip of sketches the very scene of the video is fixed in each image. There’re some other ways how to draw the storyboard. For example, you can use the thumbnail sketches style with no text at all and a schematic view of the scenes – that’s quite appropriate for the small video products short in time and without the complex scenario.

Another way is the digital storyboard examples – the perfect decision for animated videos so it can clearly present the type of graphics or animation that will be used in the final version of a product.

The storyboard can be black and white in the form of a sketch with a pencil, maybe in color in a raster or in a vector. Detailing and drawing can also be different – it all depends on the complexity of the animation video and its purposes.

What are the merits of a video storyboard creation

Making a good storyboard is a process that needs some organization and of course – a little bit of trickery.

Storyboarding is not a must but it can make the process of video producing easier and clearer. So you can use its abilities to interact with the customer and your colleagues to explain the essence of future video production in a clear and simple way of sketching.