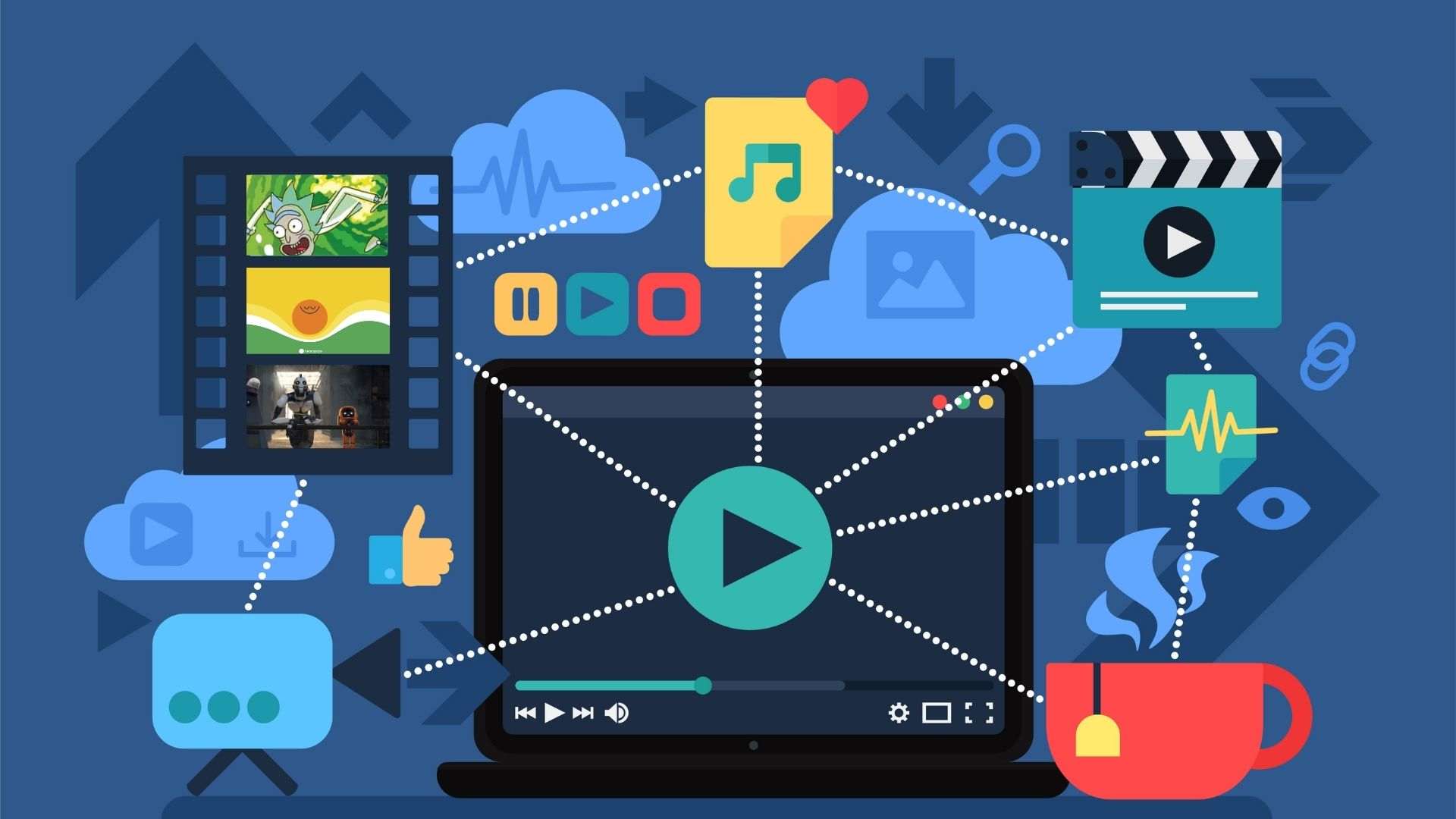 It is another evening, you’re home, scrolling through Netflix or Hulu in order to find something engrossing for tonight. There’s a great selection of TV series, you wonder whether you should watch another episode of “Friends” or look for something else. And you see a lot – literally so many – animated movies, series, and scientific documentaries.

Huh. What should you watch tonight? “Rick and Morty”, “Headspace” series about mediation, “Love, death & robots” or something else?

Eventually, you will pick one of those drawing beauties – maybe another evening – and will watch it without blinking. Believe me.

No matter if you like to look at the bigger picture or not, you will definitely see the tendency. There are more animated movies, or just stories wrapped up in the animated packaging. Over the last few years all kinds of streaming platforms did that: included animated content in their plans and generously invested in this area.

“Animation is a really core area. We have a lot of viewers throughout the world who are really loving animation.” 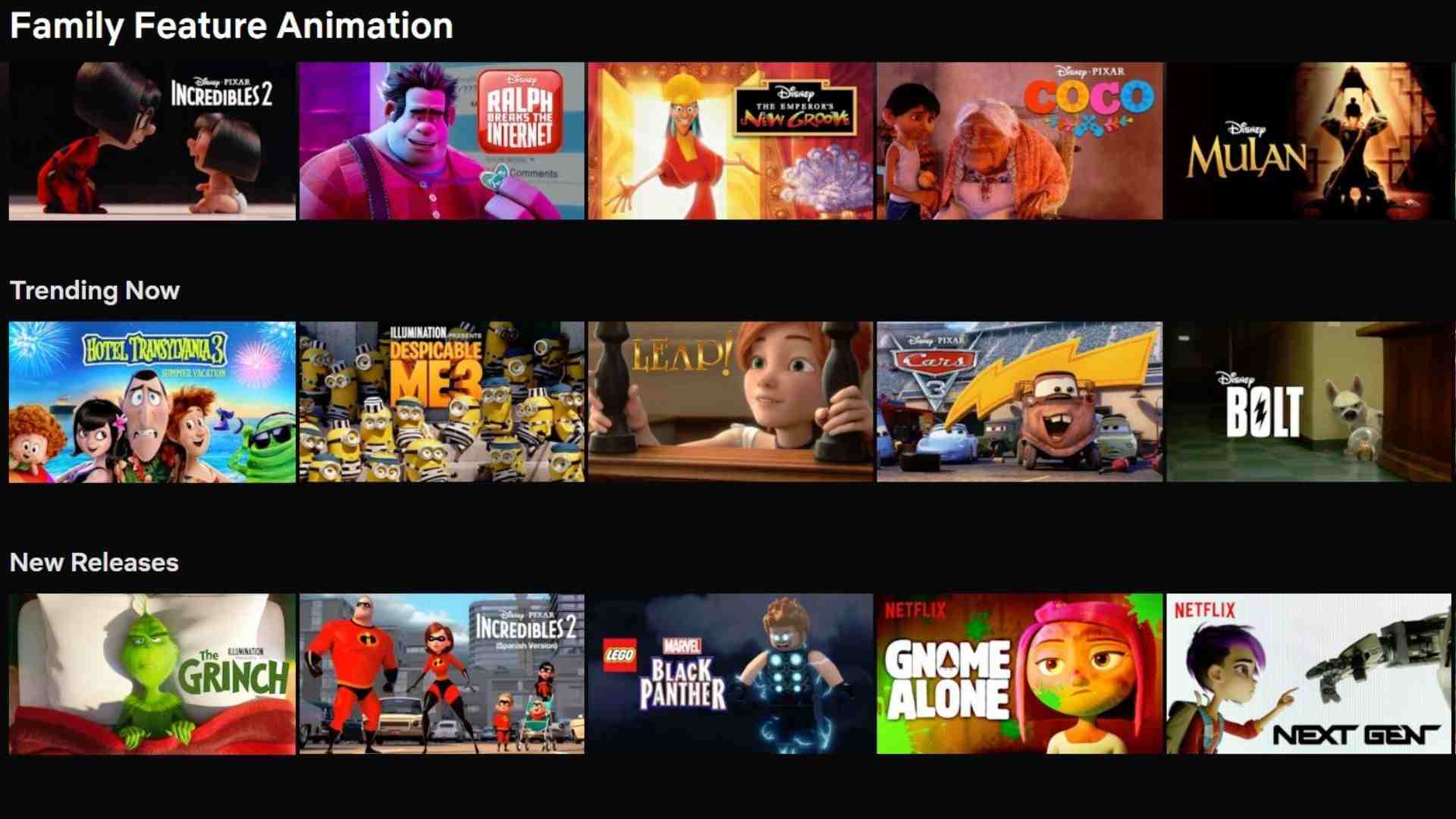 Why has animation become an outstanding product for streaming platforms?

In 2019 Netflix spent an estimated $1.1 billion on animated originals, which is more than Disney+. Funny, right? Considering that Disney is entirely focused on animated products.

Netflix did a rather curious thing. They paid creators well and granted them the freedom to …to create. That was a winning tactic.

This is how they quickly built a whole team of professionals that worked to bring animated products to all kinds of audiences.

Netflix managed to become the number one platform that brought novelty to the audience around the world. It is also the most dynamic producer of animation among the famous streaming platforms.

“Streaming companies, led by Netflix and Amazon, are rapidly increasing their spending on animation content, according to estimates from venture capital firm Loup Ventures. This year, Netflix is expected to spend $1.1 billion, 11% of its overall original content budget, on animation. Amazon is projected to spend $300 million this year, representing 10% of its budget, Loup Ventures said. By 2022, that investment will grow dramatically to nearly $5 billion for Netflix and $1.86 billion for Amazon Prime Video, the firm estimates.

Unlike some adults who can cut their Netflix subscriptions after they binge a whole season of “House of Cards,” parents of young children have a harder time doing that with animated shows.

Animated programs, in some cases, are the reason why families pay for subscriptions, said Michael Hirsh, CEO of Toronto-based animation business Wow Unlimited Media, which owns the studio that produces “Castlevania” for Netflix.”

It tells a lot about the general mood concerning animation: streaming platforms just find what people like and what they feel like watching differently than other types of regular content. 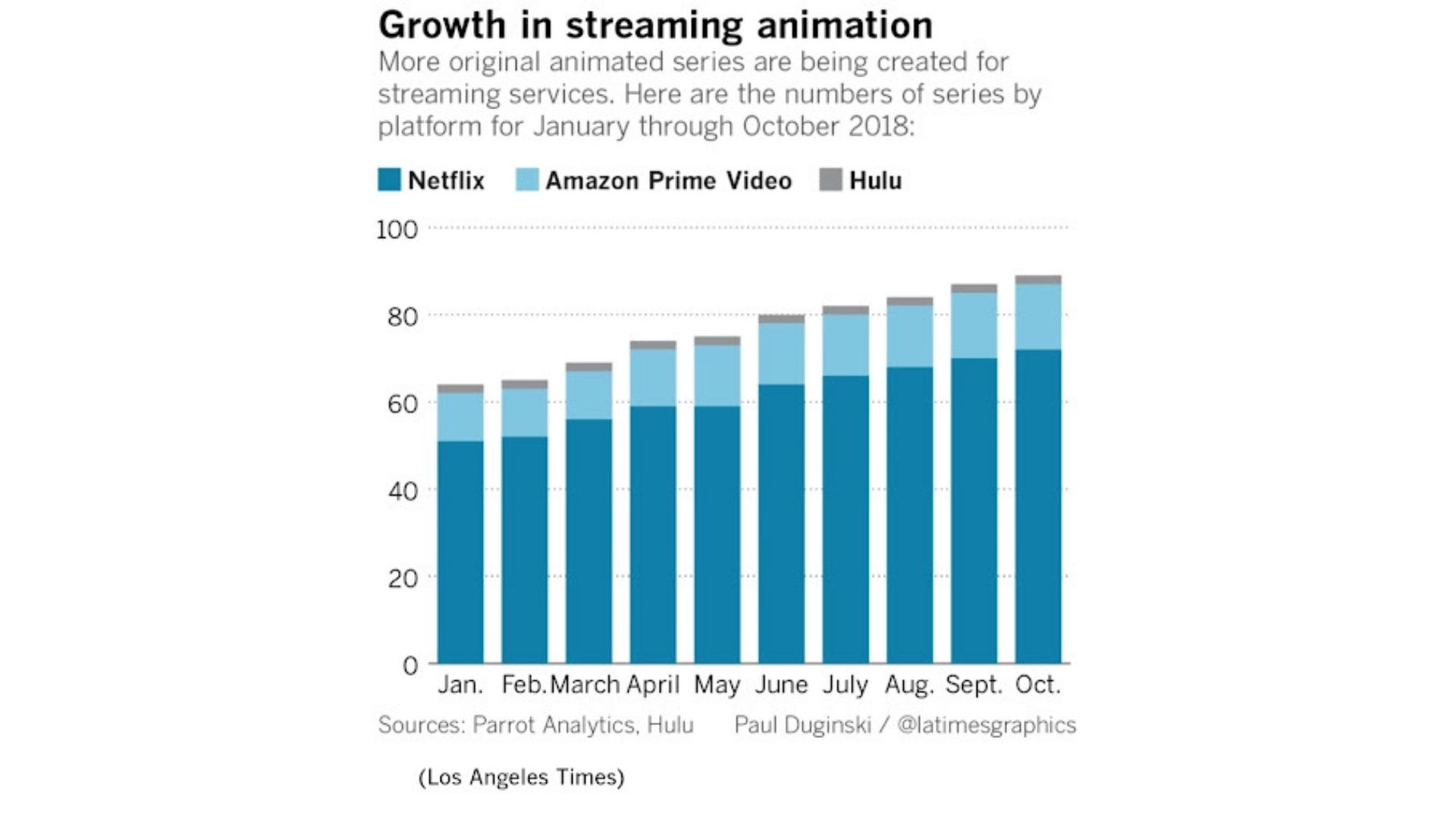 “There is so much potential viewership now domestically and worldwide they will need content of all kinds, so it’s not just one type of content or one genre”.

As you see over the last few years animation on streaming services drastically changed. The number of shows increased and each platform integrated content differently. Well, some of the most famous platforms with animation just appeared.

Every streaming platform started with animation differently. Let’s start with Netflix, the most daring service when it comes to animation. And, of course, still, the most popular platform that serves video content. All kinds of video content.

So, Netflix developed partnerships with a number of production companies and famous brands. And creators, as well, yes.

The list would be quite long: Aardman, Nickelodeon, legendary directors, they got the rights to Roald Dahl’s stories, classic animated movies like BoJack Horseman, Rick and Morty, animated scientific shows.

However, Netflix also forged lots of its own ideas and has created a range of interesting series for older audiences, like Castlevania and Big Mouth.

Also, one more thing: Netflix has rights to Studio Ghibli.

Quite impressive, isn’t it?

“Animation is a way that you can kind of highlight some fantastical elements and build really magical worlds and experiences that you might not be able to do in the live-action space.”

Disney+ or The Walt Disney company is the biggest player when it comes to cartoons and animated content. Everything a few generations loved in childhood for most of it was created inside those walls.

Disney+ is the home of Pixar, Star Wars, Marvel, Blue Sky, and… The Simpsons, which was created for rather adult viewers.

It is hard to believe, but the platform launched only in November 2019. On the very first day, a number of subscribers hit 10 million. Even though the platform was entirely focused on animated content, the main competitor – meaning, Netflix – is still winning.

HBO Max is not a different story. Animation is one of the main things on the platform among many movies and TV series. HBO Max has at its back such giants as Time Warner, Warner Bros., Adult Swim, DC Comics, Cartoon Network, Crunchyroll,  Rooster Teeth, and so on. Lots of companies create animated content.

However, if Netflix or Disney+ focuses rather on viewers of all ages, HBO Max is more about young adult content. This might even be called their target audience.

Kids vs adults: for whom is animation?

Even though we see how major streaming platforms have implemented animated content for adults, it never actually was supposed to be so.

Animation has always been a product for kids. It holds lots of functions: from being an educative and entertaining way of spending time for the youngest viewers to the “fun for a whole family”. Here’s where the whole idea of animation for adults – cartoon for adults, right – appeared.

From the whole family content to a treat just for adults is a way animation has gone through, dividing itself into two genres: animation for adult viewers with often cerebral contents and the animation for kids in all its variety.

Nowadays animation as a very good medium – not boring, engaging, precise – covers more and more topics. Why do we say it is precise? Well, the easy thing is to show how well animation describes hard concepts and scientific themes.

“Beyond our shared principles, animation also intersects with science in practice. Scientific knowledge of comparative anatomy, body mechanics, and the basic principles of physics are crucial in creating believable performances. Using both their artistic and scientific knowledge, animators create their work within an established pipeline (Fig. 1). Just as scientific research depends on rigorous experimental design, animation benefits from this carefully designed pipeline.” 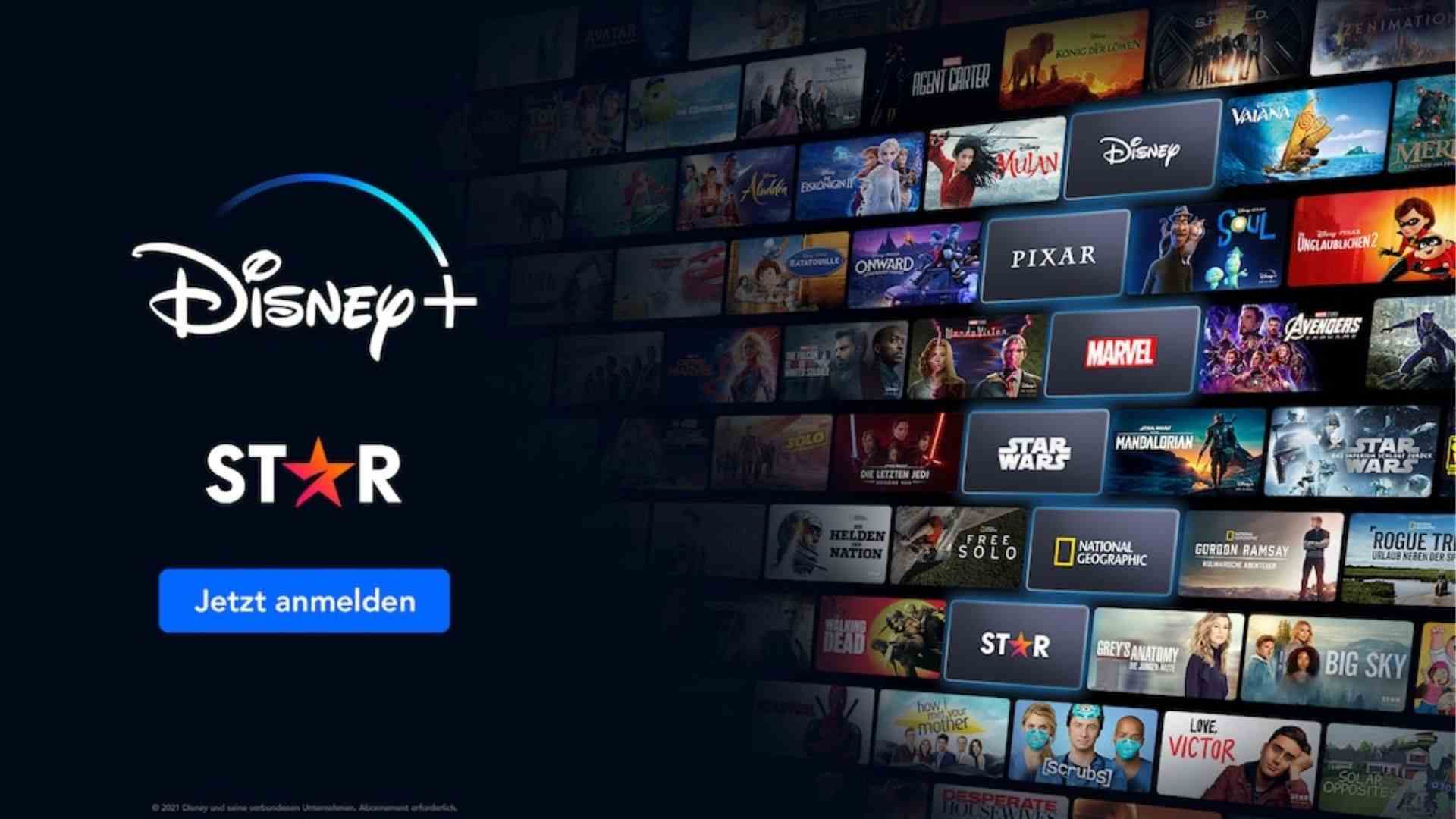 Is there any place for anime?

Many metrics say that anime is well received all over the world. Is it animation? Well, yeah!

It has gone through too many forms in media, TV and popular culture to be overlooked by…

Animations were wildly popular in the 1990s and early 2000s in Japan. Well, the whole world one way or another enjoyed it.

So, when Netflix included anime and opened the department for it, and started to rock.

Here is the story behind all the fuss about anime on popular streaming platforms:

“Netflix isn’t the only service trying to get in on the action – it’s locked in battle with Hulu, Amazon Prime and especially Sony, which owns streaming service Funimation, and is trying to buy popular anime streaming service Crunchyroll for $1.2 billion from AT&T, though the United States Department of Justice is investigating the move for antitrust violations.

This tug of war is transforming the industry. Historically, supply outside of Japan was sporadic: fans could wait years for their favourite show and had to make do with postal orders or swapping tapes at conventions. Some might pay hundreds of pounds to get their hands on legitimate copies of, say, Neon Genesis Evangelion. Bootlegging, therefore, was common, as were profane and pretentious fansubs (with screen-filling footnotes about translation choices) and grunting nonsensical voiceovers, like the infamously terrible Dragon Ball Big Green dub. Shiro Yoshioka, a lecturer in Japanese Studies at Newcastle University, remembers that when he came over to the UK from Japan in the early 2000s, there was almost nowhere to watch shows legally, save for conventions that screened anime ripped from 1970s television.” 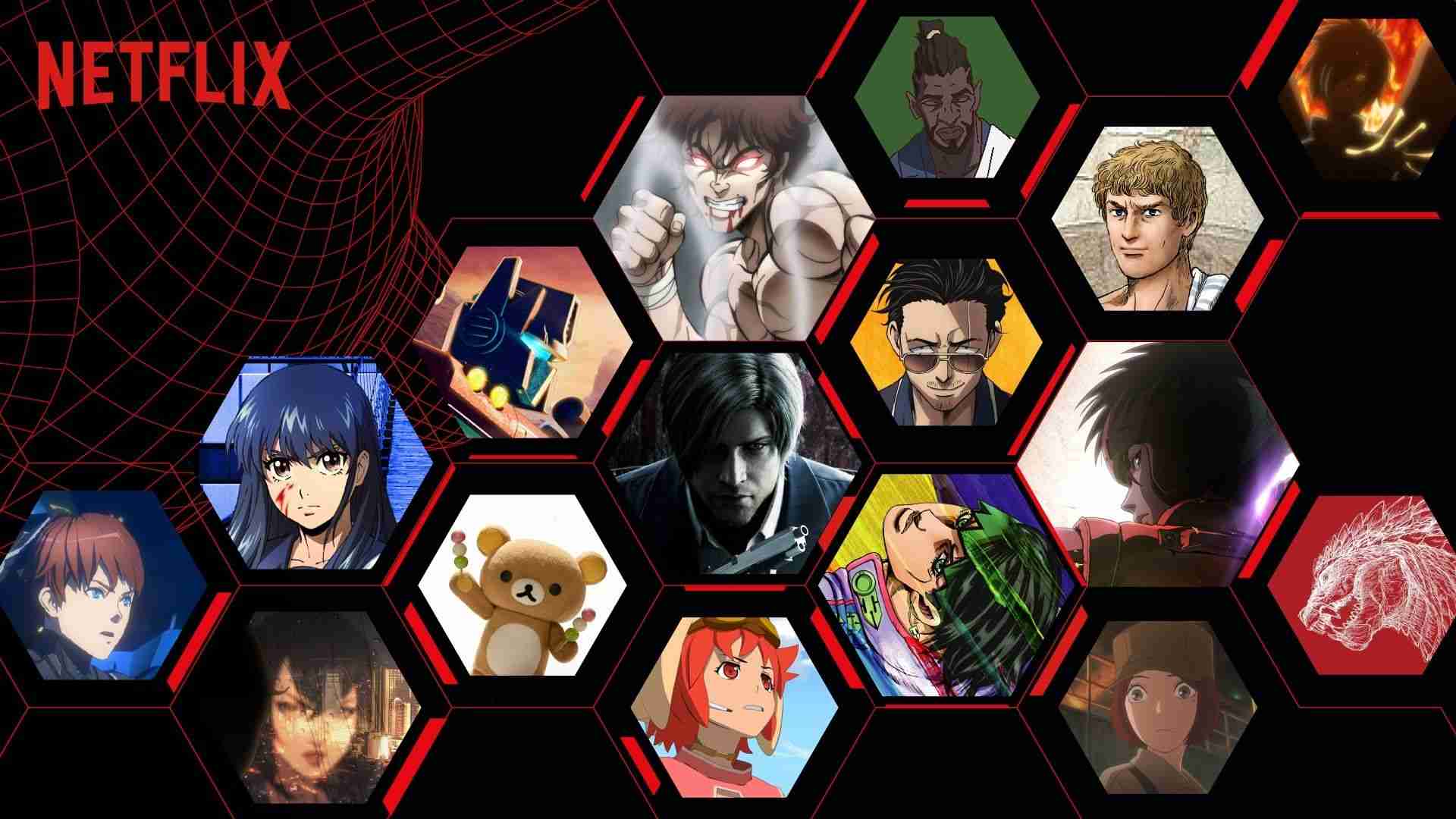 Animation is one of those rare areas of content in the entertainment industry that hasn’t been shut down during the pandemic. On the contrary, animation has become even more widespread, interesting, and popular.

Nowadays we see that animation has run through the walls that have been holding it in rather narrow limits. We see how successfully it has been used in all kinds of areas receiving amazing ratings.

Animation on your streaming platform is a big deal. Even on those, we haven’t mentioned. So, watch it, enjoy, and share. 🙂

More and more of my friends prefer animated films. They are the future of the film industry.

I love these animations too.

It would be great to learn from you more often about the latest cinema animation. Good rubric.

Previously, he had a neutral attitude to animation, especially to films with animated characters. But more and more often I began to meet references to them on the Internet. And the rating was high. So I decided to watch the series. And I got hooked! This turned out to be really interesting.

Thanks for your new article.

Short videos look beautiful. But I don’t like films. Perhaps for now. But so far so.

I especially like Love, Death and robots. Well done. I video only one season. Is there a continuation?

Head space – what is it? Didn’t hear. What is the program

My son is interested in anime. Is it the same with animation? I do not really understand.

I know a lot of good animated cartoons. After all, animation is very interesting for children.

Yes, times are changing. Now animation is interesting not only for children. Adults also enjoy watching it.

Netflix has been releasing a lot of movies lately. Every second movie we watch is from them.

I love this film’s 💕

Animation has long entered our lives in all areas and films have become more often animated. I didn’t like them at all before. And now it seems to be nothing.

I also like to watch animated series. There are more of them now, but still very few. I hope there will be more films like this in the near future.

I like animation more in short videos, commercials and the like. And the films have not yet been rated. But everything is in the future.