Home | Blog | How animated videos can be NFT 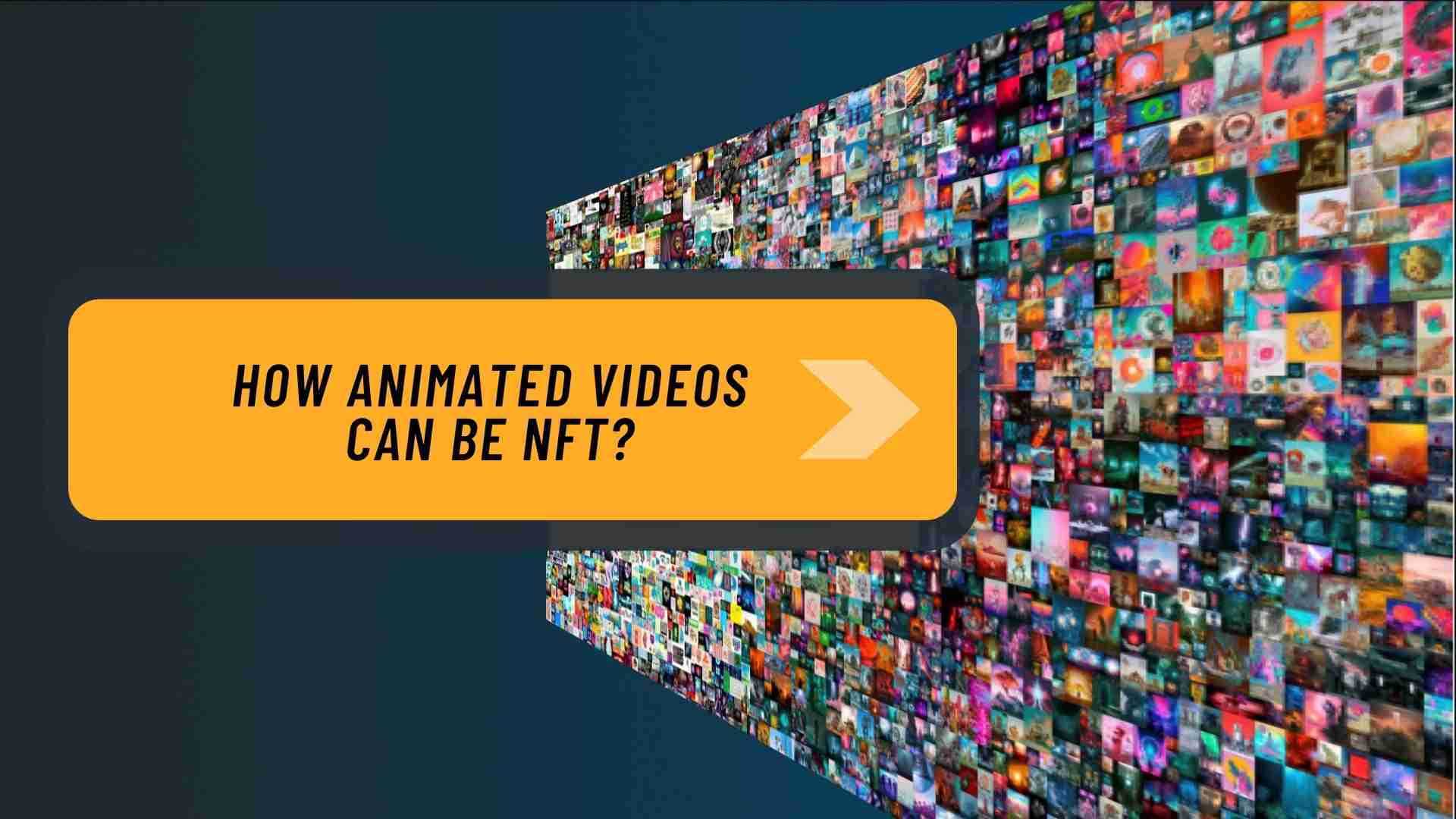 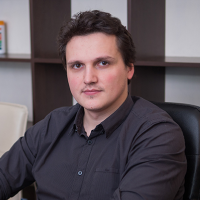 How animated videos can be NFT

How animated video can be NFT?

The explosion of crypto news that happened quite recently left many people dazzled. First of all, Elon Musk would say something in regard to blockchain, and a few words turned out to be enough for digital money to skyrocket its price. Amazing, right? However, that is not all. Let’s learn what is NFT animated video.

Crypto folks are moving across the land of digital money here and there intensely. I’ll tell you more: new destinations appear all the time. Literary, all the time.

For example, not that long ago all of us – or maybe most of us – probably felt strangely interested in the fact that Grimes – a musician that is quite close to the guy we already mentioned in this article – was getting millions of dollars for NFTs. Later the founder of Twitter stepped up into this game and autographed a tweet…and made it on sale as NFT. Finally, worlds have gone mad: Merriam-Webster Selling Definition “NFT” As NFT. Okay, okay, let’s just stop here for a moment. What the heck is this NFT?

just setting up my twttr

First of all, NFT stands for Non-fungible token. It doesn’t make anything clear, right? Bear with me here. Its meaning is quite simple: Non-fungible token represents something unique, something that can’t be exchanged by another object. If we make an animated video, startup video or something else related to animation, we can create NFT for it. Gotcha?

Bitcoin ( that is promoted by Elon Musk’s verbal movement, let’s put it like that :)) is fungible — you can replace it with another one, and there is no difference for you. However, one of a kind thing, like the word “NFT” in the well-respected-top-of-notch dictionary is non-fungible. You can’t replace it. 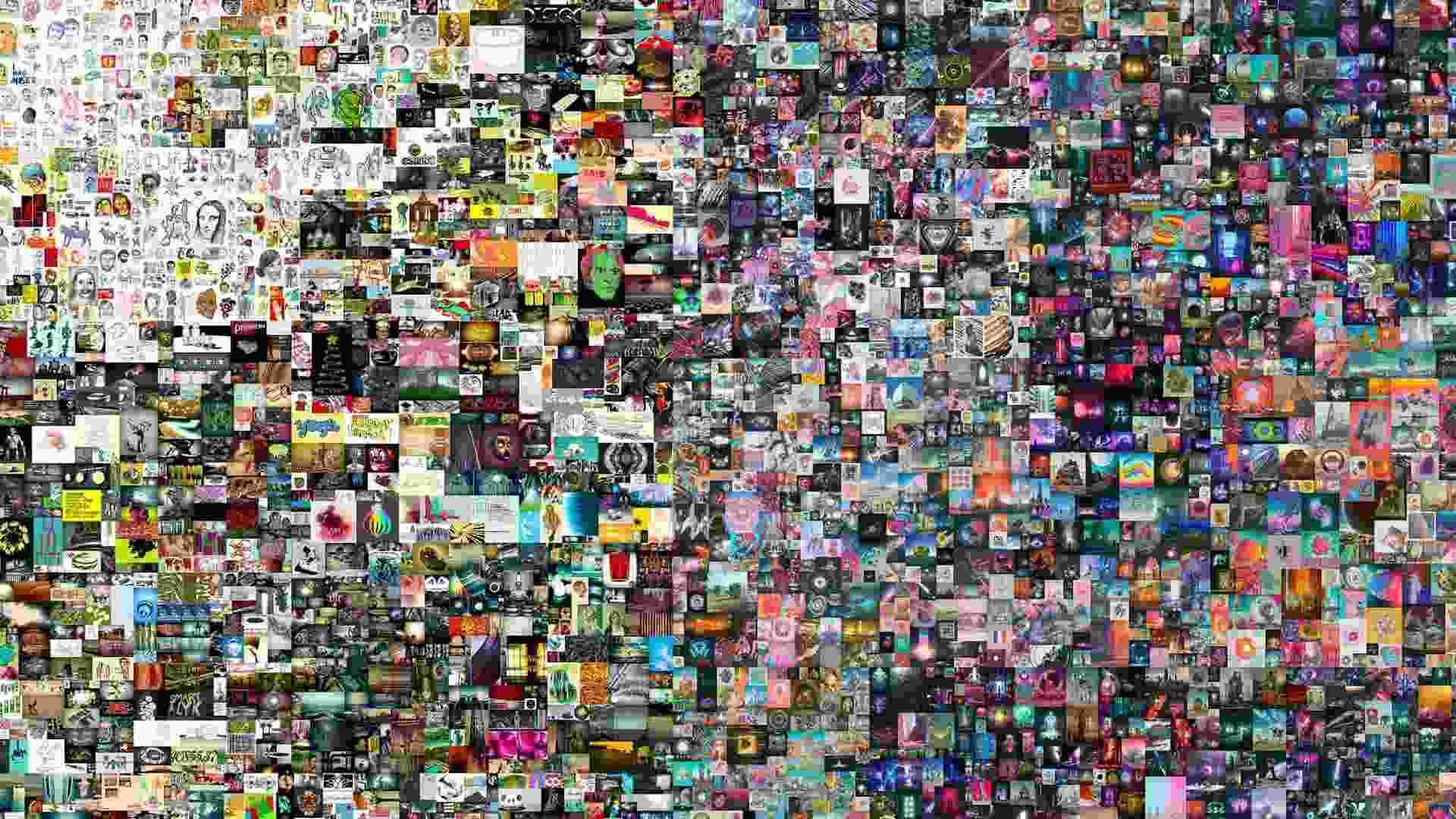 How does it work?

NFT is not standing on its own, it is actually a part of the Ethereum blockchain. Ethereum? Yes, Ethereum is a cryptocurrency, like bitcoin, but it is also a platform that helps traders to make transactions.

Essentially speaking, NFTs are very much like owning a physical object, but in its digital shape. Instead of buying a real thing, you are getting a digital equivalent of it. You become an owner with exclusive rights to the object.

This is another thrilling part of NFT: there is only one owner to be.

Here’s a simple (and marvelous, wait, you are going to admit that) example: if we in Darvideo Animation Studio would decide to make a 3D animated video about NFT and sell it as a real NFT, you’d be the only owner of such a masterpiece. Well, if you would buy it, of course. However, no one can deprive you of such a thing, once you have it.

Something to note: you can always download an image of some of Van Gogh’s paintings or even purchase a very good copy of it. But. The owner of the original version is always one person. Some lucky guy or some lucky girl.

Such circumstances NFT recreates for modern art (but can be anything, it is not limited to art only).

Would you like to start your own digital art collection? NFT allows you to do that. 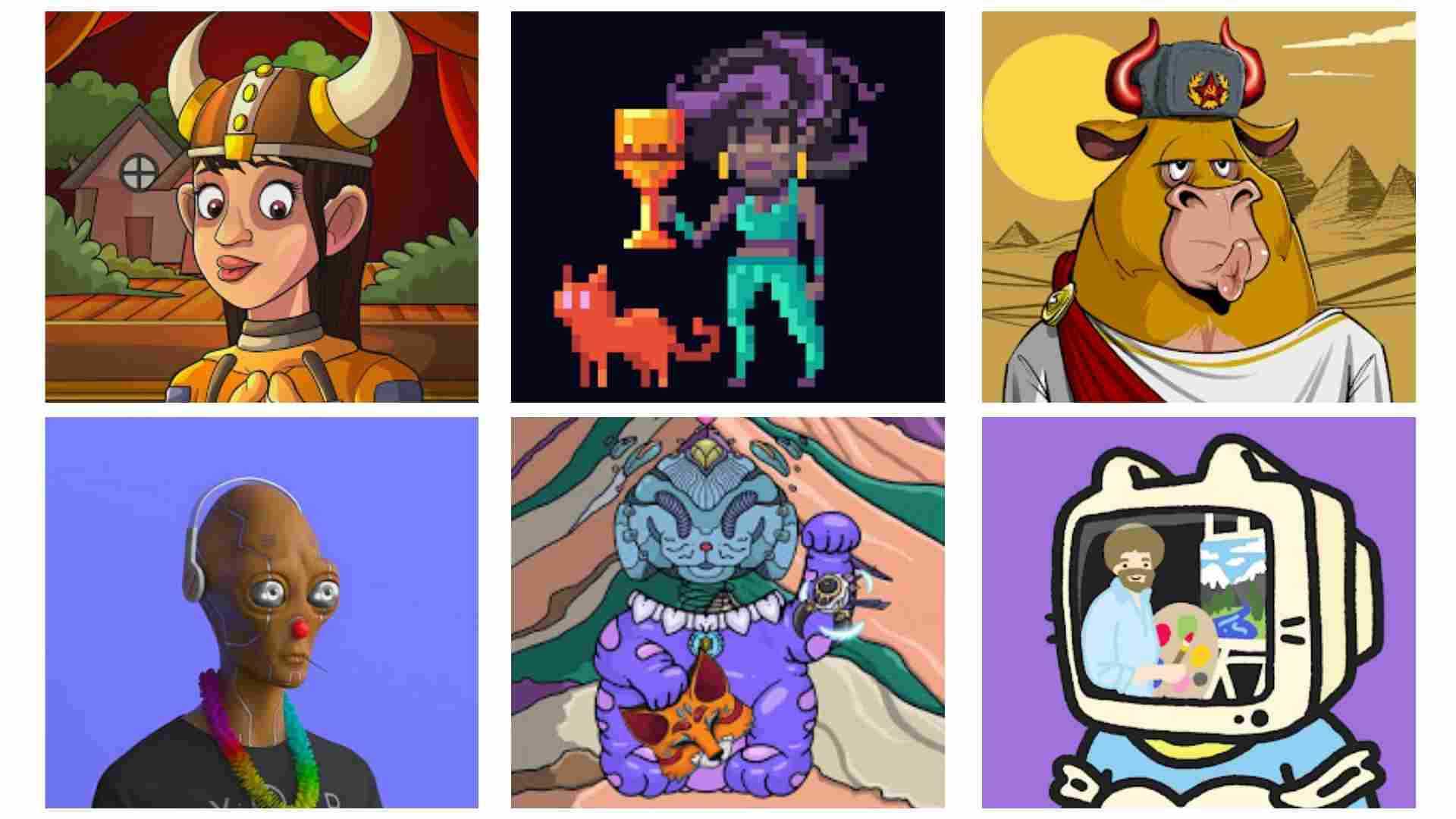 How exactly can an animated video be NFT?

NFTs are a great opportunity for creators, artists and basically everyone who works in the creative industry to monetize the outcomes of their labors without using traditional financial institutions. How?

For example, if you are a painter or digital artist or designer, you can be on your own. There is no need to look for common ways to gain some money from your professional activity. Now you can sell it as an NFT. 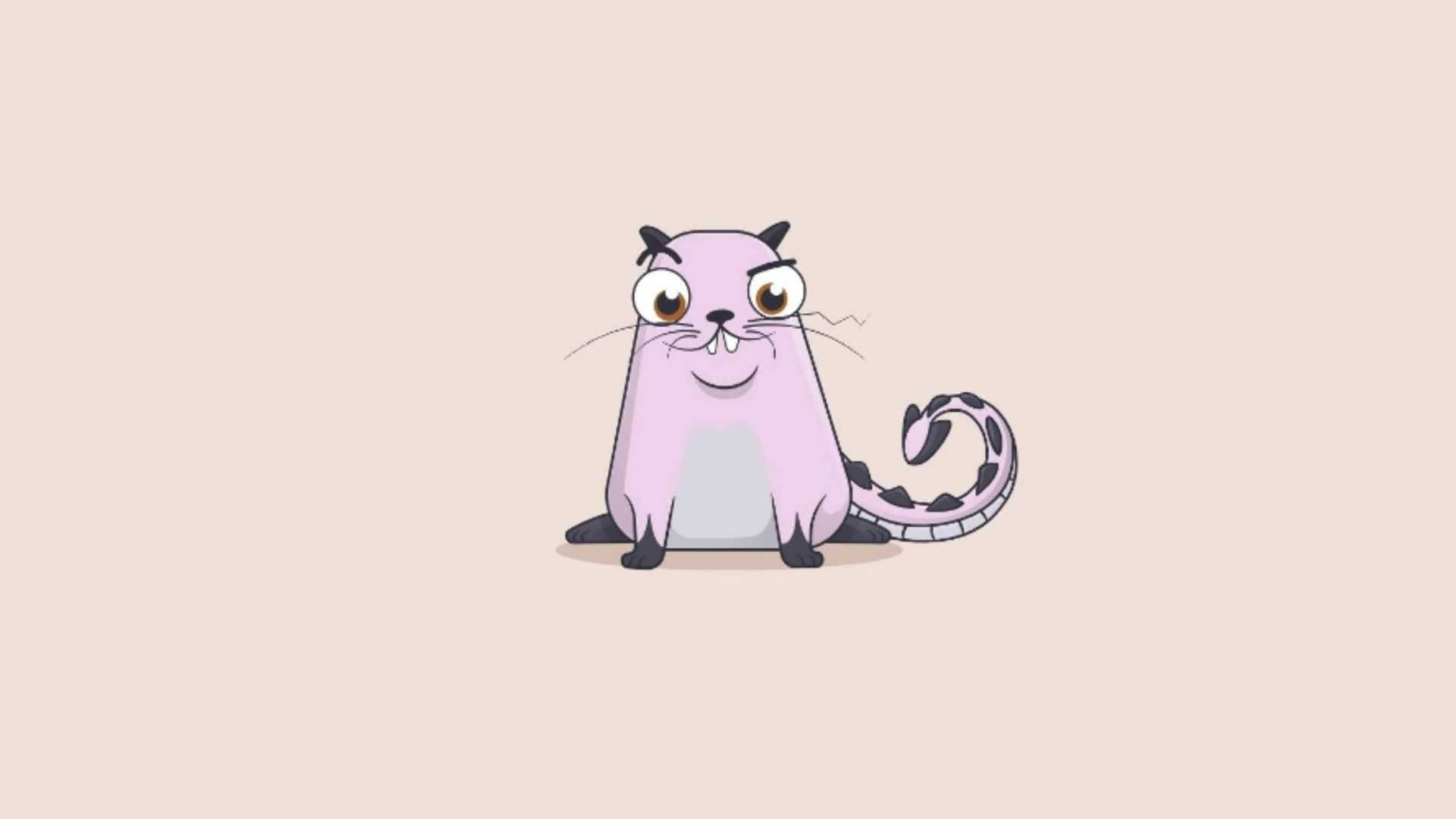 This is Dragon, and he is the most expensive crypto cat in the world

As you might figure it out, in our age of constant recreating and postmodern copying everything, making something as an NFT is putting a label – “this is unique”. If we make an animated video and present it in the form of NFT, its uniqueness becomes completely legitimate.

If you are making animation, too, here is a small pick for you:

Any animated video can be NFT.

Can you sell me this article as NFT?

Well… if you guys insist… Yes, we can make it NFT, but it’s just an article at the moment. However, since it is digital, we can tokenize it and respectfully hand it to your collection (if you have one). For what it’s worth, make a request!

You have to agree with me here: the animation video as NFT sounds cool in the extreme. Even if you don’t want to be on the same page, open your ear to the outside world. After that people have spent more than $200 million buying NFTs ( including not only cool artworks like animation videos that we suggested but also internet junk like memes and GIFs) during this year. Above all, compare this with 2020 and $250 million for the whole year.

This clearly indicates that this technology is going to be a great part of the future. And, again: would you like to have an animated video as NFT? make a request!

White Label Animation – How It Works?

It is interesting to learn about current trends. Thank you for writing everything down in such detail. Now I know all the news!

It’s amazing how much people can pay for it!

I didn’t even know about the existence of NAFT. Thanks for the clarification)

Wow, superb weblog layout! How lengthy have you ever been blogging for? you make blogging look easy. The overall glance of your site is magnificent, as smartly as the content!

After study a number of of the weblog posts in your website now, and I actually like your approach of blogging. I bookmarked it to my bookmark website record and will likely be checking back soon.

Have you ever considered about adding a little bit more than just your articles? I mean, what you say is important and everything. But think about if you added some great visuals or video clips to give your posts more, “pop”! Your content is excellent but with images and video clips, this site could definitely be one of the greatest in its niche. Wonderful blog!

Hello there, You have done a fantastic job. I will definitely digg it and in my opinion recommend to my friends. I am sure they will be benefited from this web site.

I like the helpful information you provide in your articles. I’ll bookmark your weblog and check again here regularly. I am quite sure I will learn many new stuff right here! Best of luck for the next!

You gave me topics for reflection. Thanks.

There is noticeably a bundle to know about this. I assume you made certain nice points in features also.

Nice post. I learn something more challenging on different blogs everyday. It will always be stimulating to read content from other writers and practice a little something from their store. I?d prefer to use some with the content on my blog whether you don?t mind. Natually I?ll give you a link on your web blog. Thanks for sharing.

Spot on with this write-up, I truly think this website needs much more consideration. I?ll probably be again to read much more, thanks for that info.

I?d have to check with you here. Which is not something I usually do! I enjoy reading a post that will make people think. Also, thanks for allowing me to comment!

You should take part in a contest for one of the best blogs on the web. I will recommend this site!

I?m impressed, I must say. Really rarely do I encounter a blog that?s both educative and entertaining, and let me tell you, you have hit the nail on the head. Your idea is outstanding; the issue is something that not enough people are speaking intelligently about. I am very happy that I stumbled across this in my search for something relating to this.

Can I just say what a relief to find someone who actually knows what theyre talking about on the internet. You definitely know how to bring an issue to light and make it important. More people need to read this and understand this side of the story. I cant believe youre not more popular because you definitely have the gift.

I like to read articles on current topics. Here you hit the target.

Its hard to find knowledgeable people on this topic, but you sound like you know what you?re talking about! Thanks

You have a great blog here! would you like to make some invite posts on my blog?

I am often to blogging and i really appreciate your content. The article has really peaks my interest. I am going to bookmark your site and keep checking for new information.

After reading the blog, now I always hope to come across the same good sites as this one

Take a look at this post, I really think this website deserves a lot more attention. I will read your site again.
Thanks for the info

There are certainly a lot of details like that to take into consideration. That is a great point to bring up. I offer the thoughts above as general inspiration but clearly there are questions like the one you bring up where the most important thing will be working in honest good faith. I don?t know if best practices have emerged around things like that, but I am sure that your job is clearly identified as a fair game. Both boys and girls feel the impact of just a moment?s pleasure, for the rest of their lives.

I?d have to check with you here. Which is not something I usually do! I enjoy reading a post that will make people think. Also, thanks for allowing me to comment!

NFT now an unconditional trend. I am also thinking of becoming a part of this world and creating something of my own.

Pretty nice post. I just stumbled upon your blog and wished to say that I’ve truly enjoyed browsing your blog posts. In any case I will be subscribing to your rss feed and I hope you write again soon!

Good day! This is my 1st comment here so I just wanted to give a quick shout out and say I really enjoy reading through your articles. Can you suggest any other blogs/websites/forums that go over the same topics? Thanks a ton!

Generally I don’t read article on blogs, but I would like to say that this write-up very forced me to try and do it! Your writing style has been amazed me. Thanks, quite nice post.

Hmm is anyone else encountering problems with the pictures on this blog loading? I’m trying to determine if its a problem on my end or if it’s the blog. Any responses would be greatly appreciated.

You give good advice. This is a really entertaining and useful blog at the same time.

What do you think about real videos; that is, videos of real people becoming NFTs. Example: Charlie Bit My Finger