Home | Blog | The importance of voice-over in an animated video 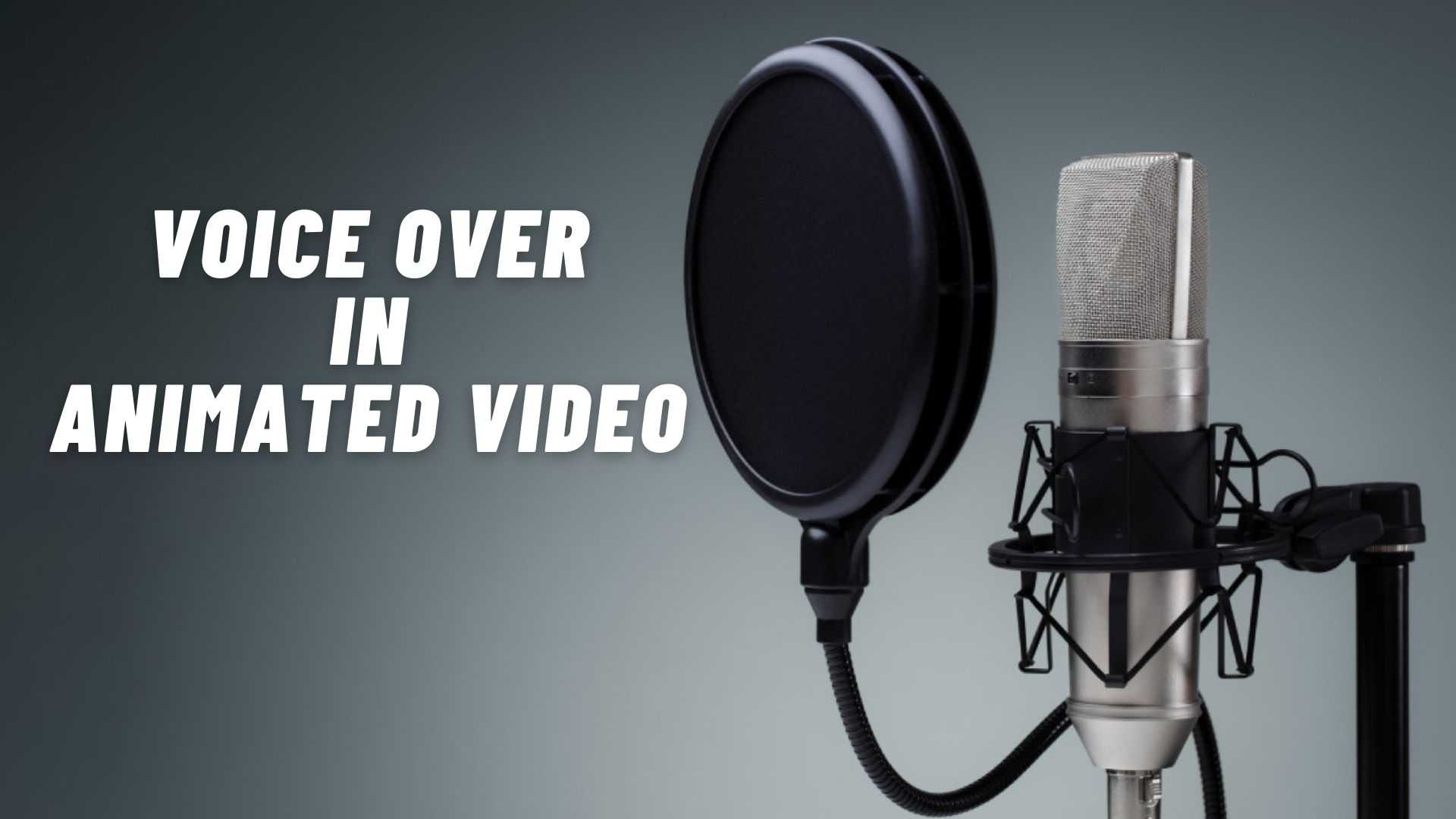 The importance of voice-over in an animated video

The importance of voice-over in an animated video

“It is all about the voice!” — how often did you hear that phrase? Probably often enough to feel like its meaning became a bit blurry and dim.

To tell the truth, a voice — is a mark of differentiation. We’ve already talked about the tone of voice, but today we are going to have a conversation about the voice in its pure, literal sense.

So many movies, YouTube channels, and animated videos we love just because the voice behind these moving pictures is so appealing that we can’t resist listening to it. The right voice creates an atmosphere, and, maybe without our understanding, it affects our desire to continue watching the video. Admit it: when you are watching some foreign movie and the voiceover that performs the important task of translating conversations to your native language is not that pleasant or even slightly irritating, you probably would want to turn it off. Well, no one has the right to judge you.

However, this tells us something vital about a voice, right? When the voice doesn’t sound right, it won’t resonate with the target audience, and probably you simply can’t create a feeling of trust between you and the audience. 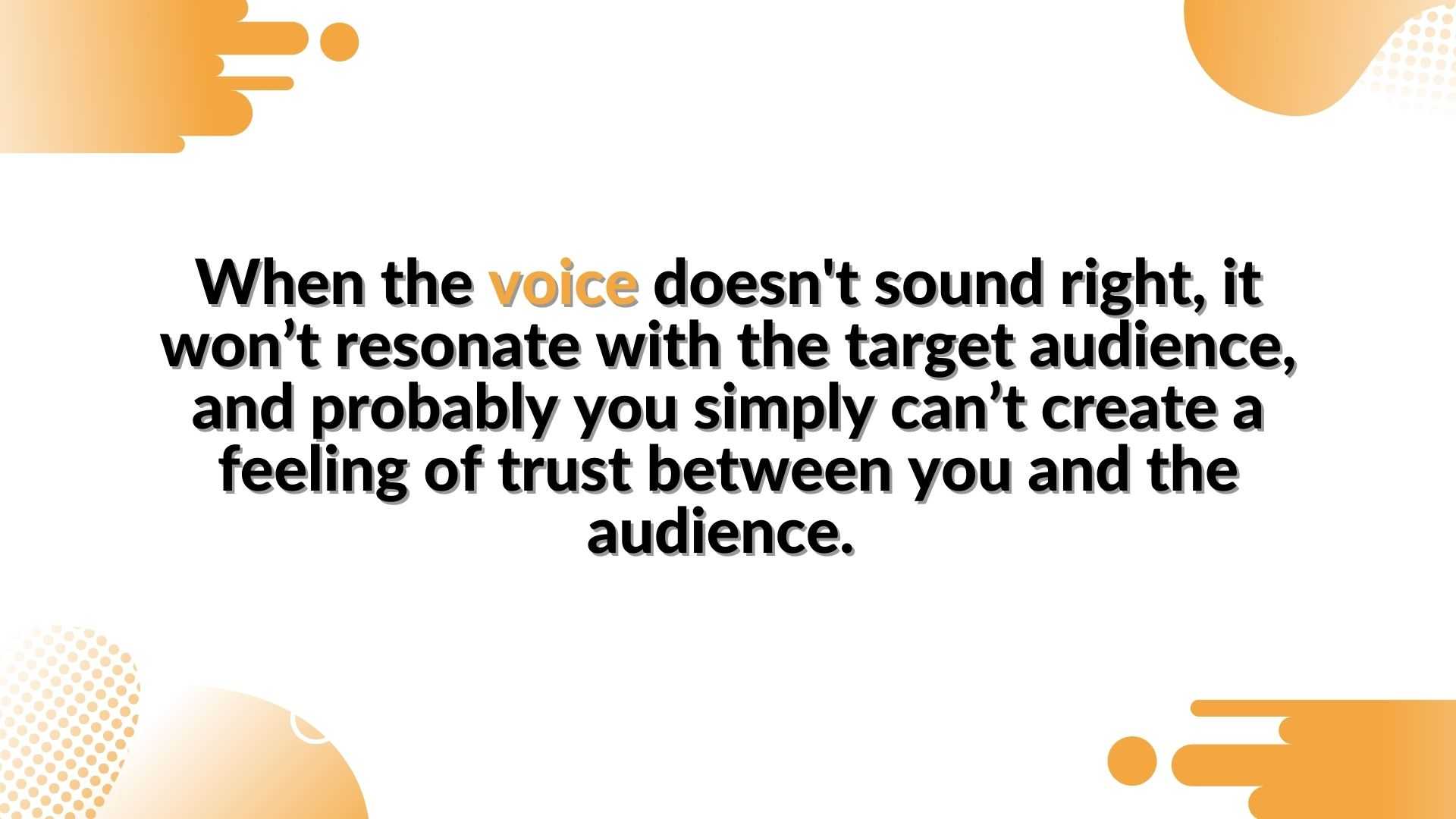 How to understand who carries your voice?

Imagine that your brand in all its complexity is going to meet some people. Maybe it’s a dinner, a small gathering or even a party. What is your goal here? Obviously to trace some impression of you. The way you act – well, in this case, your brand – will create a certain feeling. One of the things that will matter the most is a voice.

To create a successful voice, a brand must find a person that would perform the incredibly important task of mastering your sound.

Consider a simple notion that the voice of your brand is the soul of your brand. What is your brand about? How does it sound in your head? Is it rather phlegmatic, a bit neutral, but caring, or maybe straightforward and solid? It must be inseparable from your brand. The voice must create a strong link to your product or company. 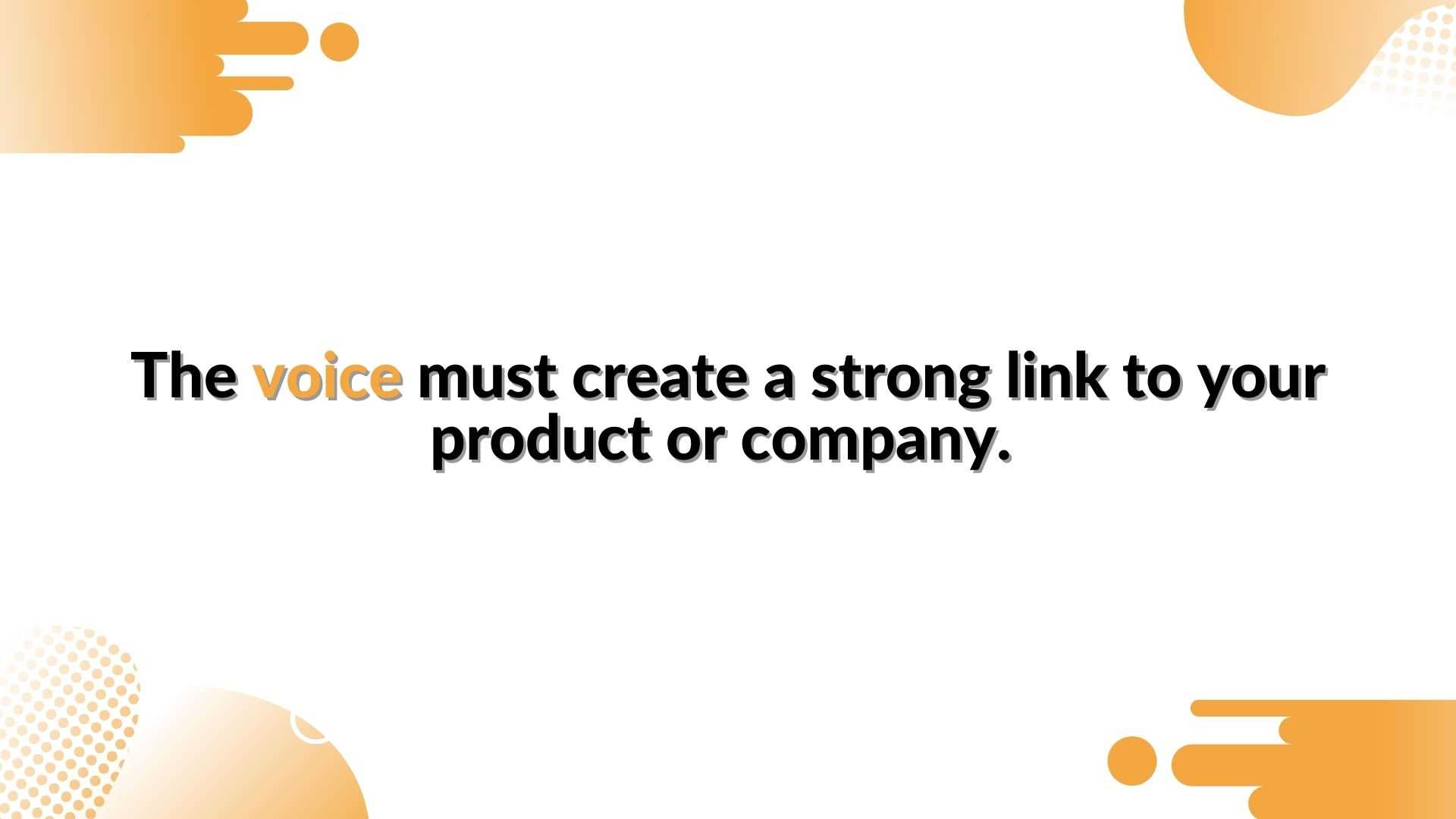 Two famous voice-over artists that are inseparable of the brands

Recently we wrote about the meditation app Headspace regarding the beautiful animation styles they used both in the app and TV series. However, what we barely mentioned is the amazing impact that the voice-over had on the audience. To tell the truth, if the voice in such a product was bad – boring, too exciting, too spiritual, or something – people won’t use it even with the wonderful animation. Why? The reason is very simple: in meditation apps, people listen to that voice. This is a type of product where a person might want to close their eyes and embark on a journey that will be guided by the sound of someone’s voice.

So, why is the voice we hear in Headspace seems to be that suitable for the application? Of course, their startup video was incredible. Lines, objects, the animation itself was impeccable. However, millions of people associate the app with the calming voice of co-founder Andy Puddicombe. It’s worth saying that his accent has nothing to do with popularity. Some people might say that the accent itself is great but come on, it’s not the accent that makes the party go, but clearly, it is the performance.

Andy is a former Buddhist monk with extensive knowledge in various meditation techniques probably just feels how to make a soothing voice.

Another great example that is extremely hard to miss here is Morgan Freeman. This guy for over 10 years has been building our admiration for his Visa commercials that aired until 2018.

Freeman’s voice, of course, carries something that brings a quality of calm – but not the kind of calm that is inherent to Andy Puddicombe. The calming manner brought by Freeman is more about the way Visa cares about its customers. And that is something you have to know about your brand before hiring the voice-over artist.

Why does a brand need a voice… a voice-over?

One of the vital things that any brand should be imitating is… a real, actual personality. Yes, that’s simple.

And while it is obligatory that to make a brand personality you need a tone and proper, easily recognizable voice, but you also might want to sound right. Here’s where the artist with a “right” voice is wanted.

A great voice-over carries one important task: emotionally communicating not only about your product, but also audibly embodies your values and attitude. Voice-over always gives a bit of a new context to the known — completing the brand’s identity by adding another level to it. 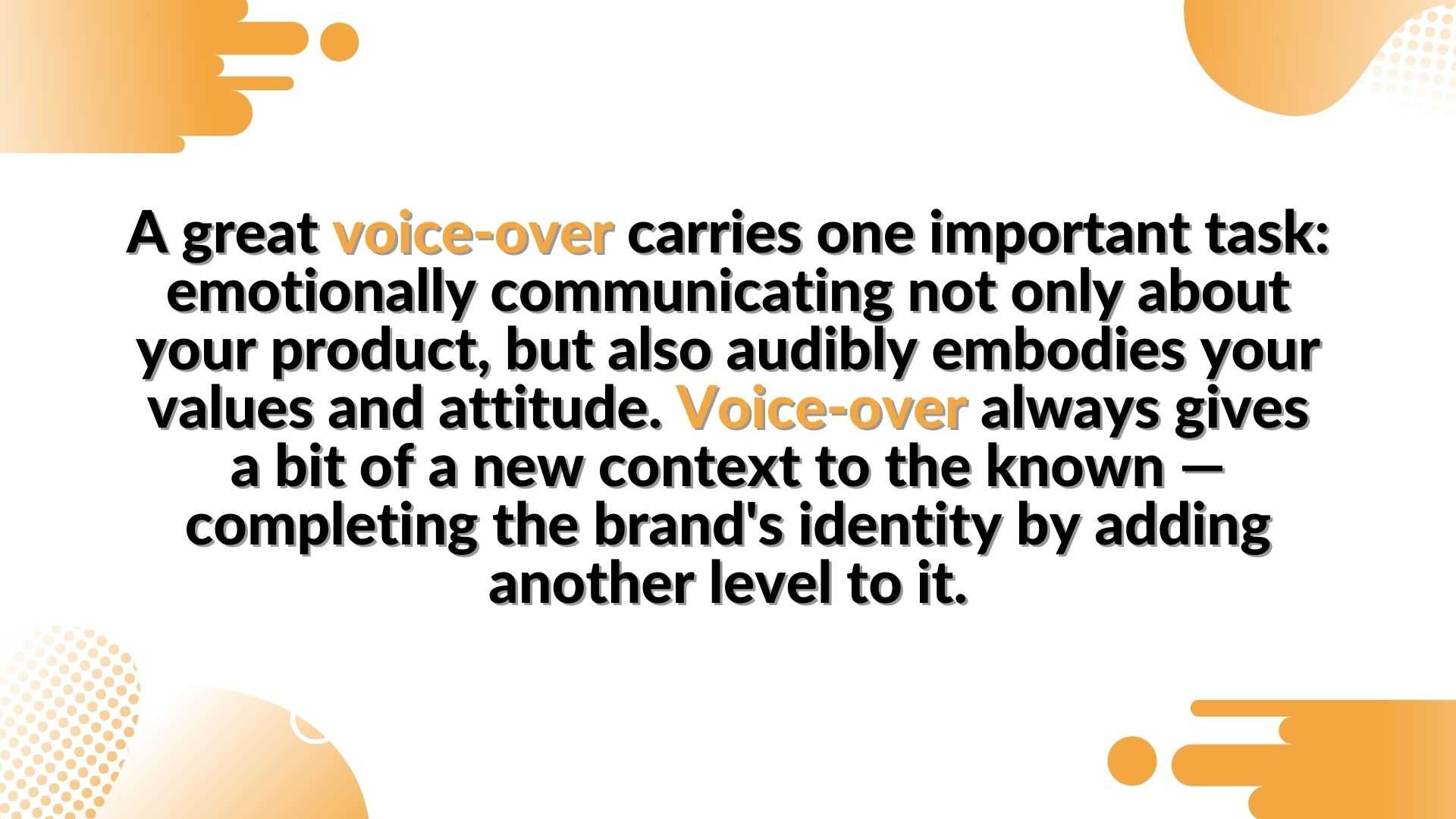 Choosing the right voice-over artist isn’t about perfection. It is about sounding like you.

It is quite oblivious now: brands that communicate successfully are not failing ones. Communication, on the other hand, is impossible without truly your voice. Once you find it, your brand will complete itself in the eyes of your audience.

Great Work.
Written very professionally. You know what you are writing about.
Thank you for your efforts!

We are a starting animation company. Your site is like a table book for us!

Do you really think so? Interesting opinion. I’ll take note