Home | Blog | What are the zests of animated commercials? 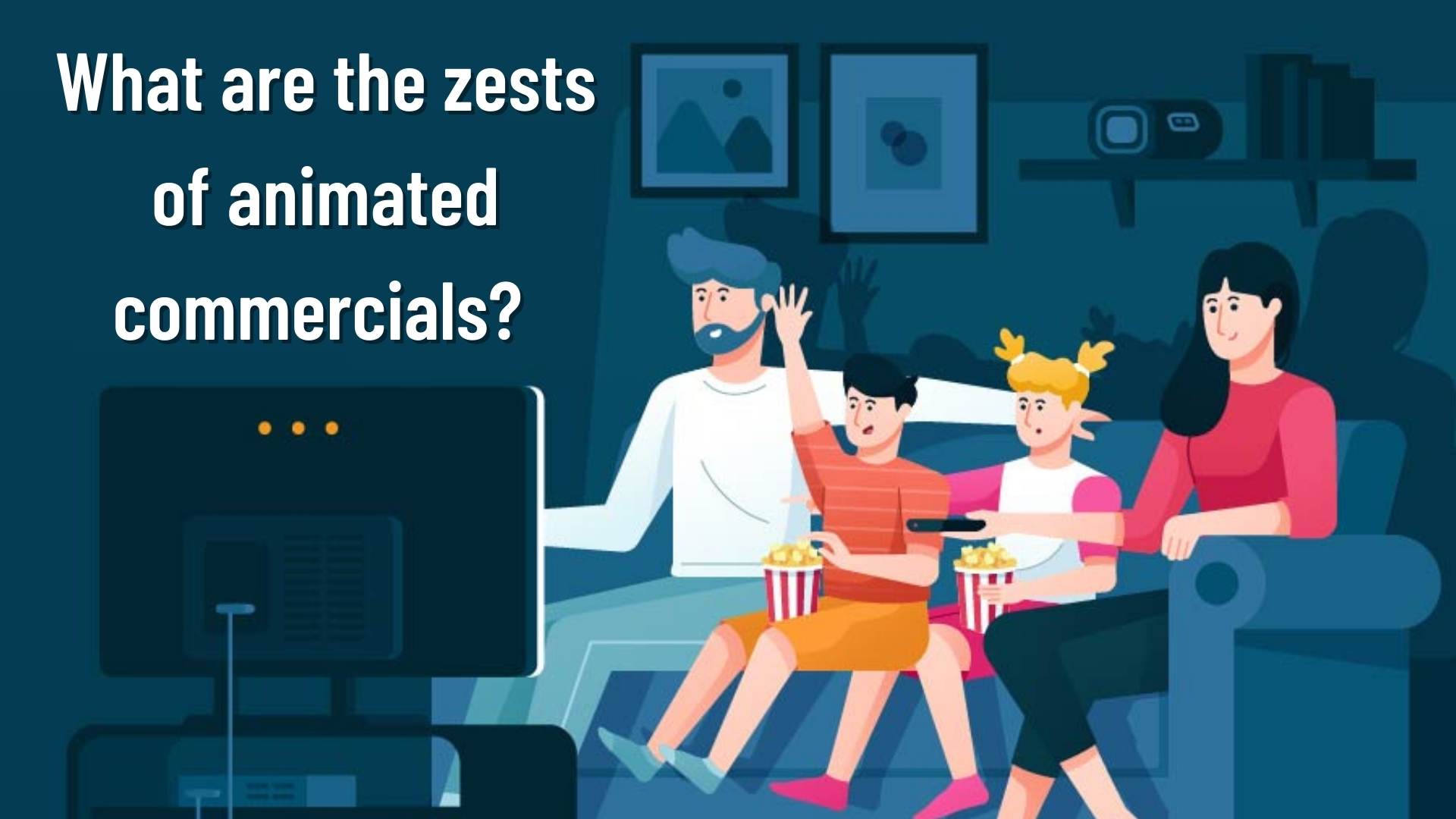 What are the zests of animated commercials?

The first educating and entertaining content we see as children is cartoons. It is a rather nice coincidence that animated videos we are so used to can do well on both sides. It can amaze us, bringing fun and delight, and it can show us something crucial about any topic we need to know.

We don’t know if any psychologists consider it as a case, but isn’t that the link that shows us why we are so attached to animated videos – in any way we see it at the moment?

Human beings are very much attracted to animations. That also breaks the story that only children have fun and interest watching animated videos.

Over the years researchers claim that there is no better thing to attract people’s attention rather than showing them well-created animation. Our experience has nothing that may deny this statement. On the contrary:

“Coca-Cola’s animated polar bears, which debuted in a 1993 commercial during the Academy Awards, have become some of the most beloved animated characters in marketing history. In the ad, the polar bears share a taste of ice-cold Coke. It’s a simple but stunning piece of visual storytelling.

Since 1899, animated commercials have been delighting the viewing audience. In the world’s first animated promotion, dancing matchsticks encouraged the public to support American soldiers stationed abroad.

The “golden age” of advertising animation was in the 1950s and 60s, when we met The Trix Rabbit, Cap’n Crunch, The Jolly Green Giant, Mr. Clean, and the Keebler Elves. The Flintstones travelled beyond kids’ cartoons and sold everything from vitamins to cigarettes.”

Janelle Bevan, a six-time Telly Award winner, won a 2016 Emmy for her documentary featuring a collaboration from three executive producers of AMC’s The Walking Dead.

You know where we are leaning toward, right? We want to talk with you about commercials. Animated commercials, of course. But we are also planning to recognize what makes them so cool, engaging, and beautiful. Are you with us?

Character-driven animation in commercials is what doctors prescribed as they say.

Nowadays, when the attention economy is always the topic, cutting through the info noise is super important.

Especially when it comes to brands. How can you reach out to the audience that already has dozens of options to see, buy, or just look at?

First of all, the characters could be kind of a talking head of several of your advertising campaigns. There are plenty of examples when brands managed to create characters that have been standing with them for a very long time. Examples? There you go!

Creative animation company Aatma and creative agency Mekanism went further than that. They used Star Wars characters of Yoda and Darth Maul for an animated commercial about Brisk. The high quality of the video, its wonderful weirdness and creative power is absolutely incredible.

The best way for any brand to express its uniqueness is to create something entirely new. Yeah, yeah – seems like a steady task, we are not arguing with you on that one. However…. There is a way. There’s always a way to create something that’s never been seen by your audience. Sometimes it means to blend together the things you already know.

This is exactly what Nike did in one of their sneakers commercials. Actually, everything is working perfectly here: music, rhythm, animation and the way it shows the product.

Animation has at hand too many tools to do that – from storytelling to VR and extended reality tricks. With thoughtfully made animation you will always have a possibility to delight your audience with absolutely stunning visuals that speaks both to the mind and heart.

“The animation has become the answer to a growing demand for creativity in modern advertising. Many small and global brands start deploying the power of engagement by applying animation in their ads. Animated commercials on TV, animated GIFs in social media ads, creative animated banners on websites – there are plenty of incredible ideas to use motion graphics in advertising.”

Cars. Huh. Not that typical a subject for animation. But it doesn’t deny the possibility of using this medium to show something cool for the car owners.

Volkswagen decided to step away from traditional ads where either man or the whole family are driving through the roads of cities and wonderful landscapes, smiling all the way to the invisible destination.

They gave a perspective to…a car! They simply offer a personality to a green beetle and told the story from its point of view. Incredible storytelling in action.

This is how they explained their service’s process showing its benefits.

Besides, Volkswagen also used animation in an even more revolutionary event: the company decided to say goodbye to the iconic Beetle after 7 decades of working.

“This animated film pays homage to the imprint this car has made as we make way for an exciting future of electric mobility for the masses. When creating the campaign, it was very intentional that we didn’t put anyone person or moment on a pedestal. The Volkswagen Beetle was the great equalizer for society and culture at large. This isn’t one person’s goodbye or a company’s, it’s everyone’s goodbye.”

What can strike us better than the reality as we know it with just a bit of change with… extra reality? In this video we can see how animated characters enlarge the world of this advertisement with a sense of humour and uniqueness, making it an efficient way to show the product.

We already talked about the myth that claims children are the largest demographic of animation.

It definitely doesn’t work with any of the animated videos we already showed you in this article.

Animated commercials are talking to a wide range of people of different ages.

That’s exactly what we see in the Chipotle campaign. The brand uses animation to reach out to different groups of people with its unique storytelling and visuals. Just check it out.

Animation has a variety of styles to choose from. Usually, there are plenty of options that can represent a brand.

3d, 2d animation, VFX, motion graphics, and so on may be used to show what your brand is capable of.

But also you can mix all of them. Just like in this video, where a variety of techniques including live-action were used to represent what the brand can offer.

Animation is one of the leading tools that can inject a fresh perspective into any topic. Including brand identity or commercial campaign.

For example, Zoosk, the dating site and app, used animation to explain the service and show its emotional side of it. Wonderful storytelling and extremely great animation.

Starbucks used a very easy idea: to blend our love of coffee with our nostalgic feeling about the winter holidays. Very simple animation, but look at the visual decision!

The use of animation in commercials is actually not that big news. It has been used ever since the early ’40s. However, they still feel fresh and new to us. Why?

The answer may have many layers, but it is easy to understand the main thing about it: animation is changing. Always. Since the variety of styles is growing, the brands have more ways to express the ideas behind their work.

If you want to make the idea about your brand more interesting and engaging, you can always contact our team. We know how to make an animation that makes the audience daydream:)

What will be the biggest video trend in 2022?

These videos are amazing. Even I was interested in advertising and I want to make a purchase. So the method is really working.

You have chosen very good examples, of course, such an animated advertisement will indeed be very effective. I watched them just like a movie.

Animation in advertising is really effective. A new way to showcase the benefits for brands. I like this idea.

What’s Happening i am new to this, I stumbled upon this I have found It absolutely helpful and it has helped me out loads. I hope to contribute & help other users like its aided me. Good job.

I noticed a trend towards an increase in the number of animated advertising on the Internet.

All my friends love animated films