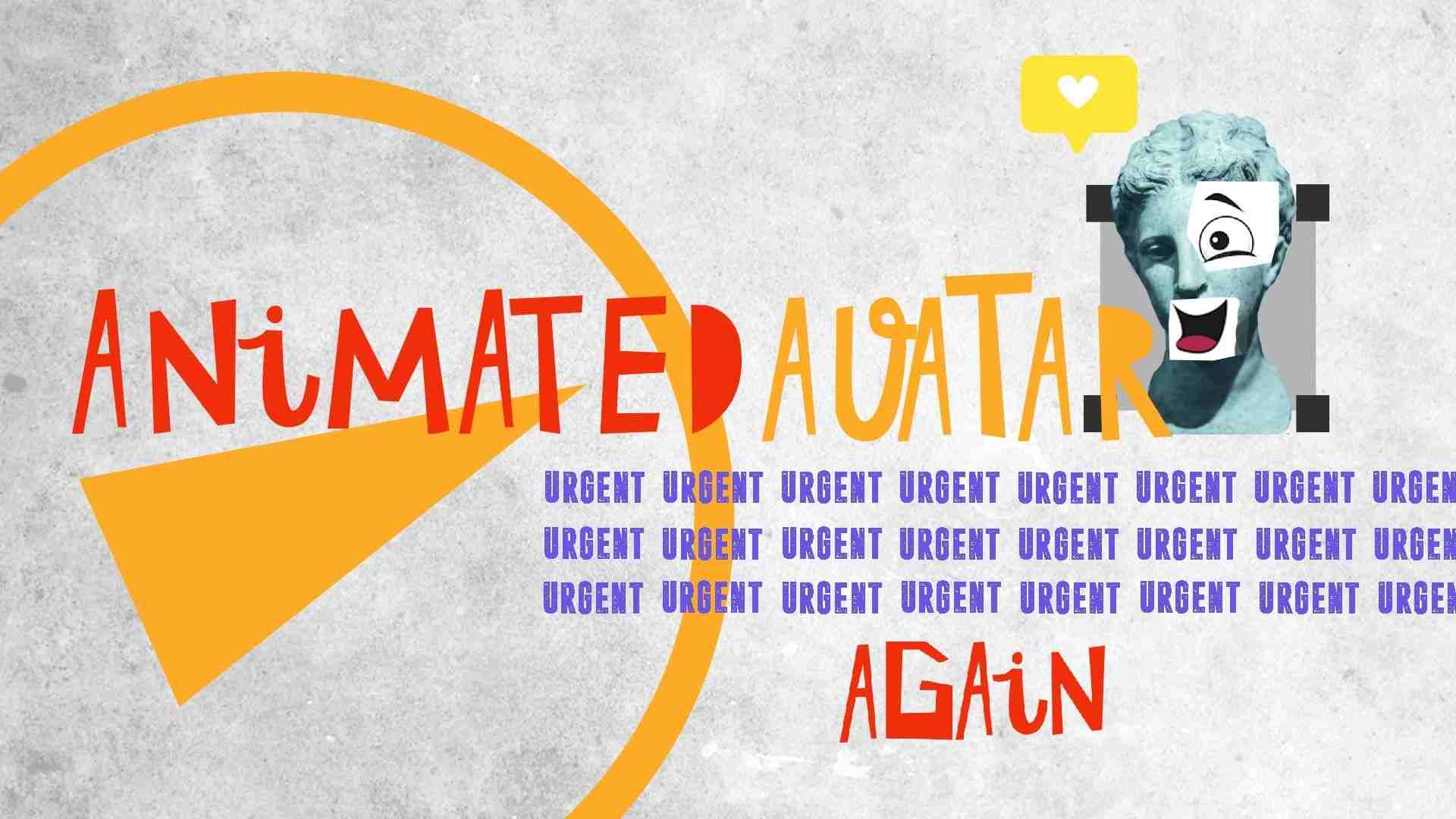 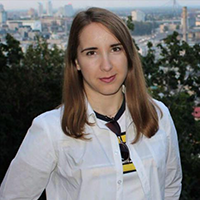 As we recently learned from the lists of best tv series to watch on Netflix – and generally on all the platforms that generously give us many stories in a sequence of episodes – animated content is one of the most interesting for the audience. No, for the audiences, actually. That’s what happened with the Avatar animated series.

The target audience of animation for tv is not limited to the younger generation – people of different ages up to 60 are actually enjoying animated content. No one is saying anymore that animation is only for the youngest.

What is more interesting is how the appearance of, as it seemed, a forgotten movie suddenly makes people rethink its value or push them to love it again. It also helps to understand that culture has been formed under a certain phenomenon – particular culture embodied in fans of particular movies. 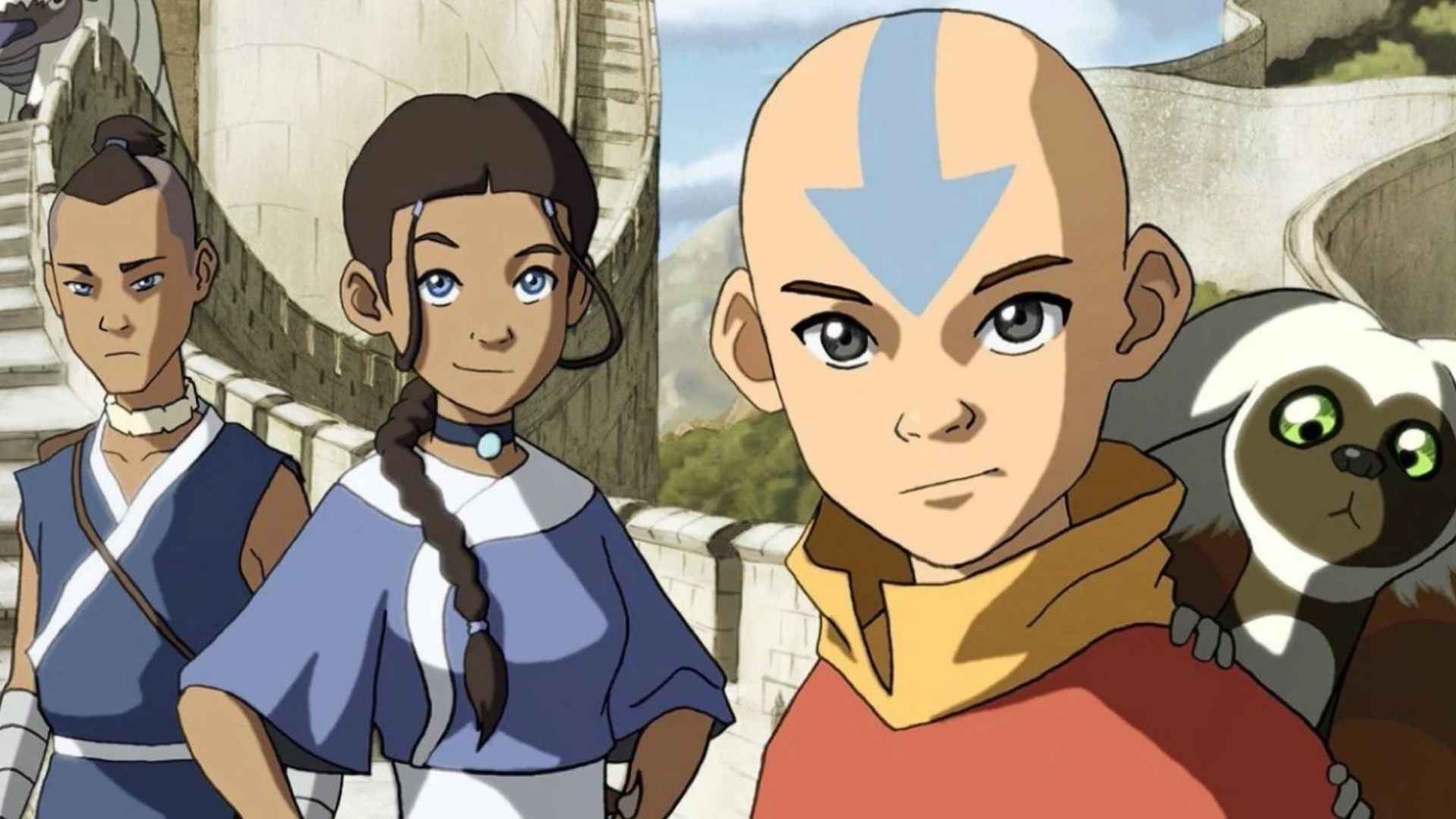 Netflix started investing heavily in animation a few years ago, understanding that people have a demand for such content more than ever. It stopped being children’s content and became engaging for everyone.

However, Netflix boosted not only the creation of new movies like famous, highly interesting and experimental Love, hate & robots, Masters of the Universe: Revelation, Tuca and Bertie, Kulipari: An Army of Frogs, but acquainted entirely new audiences to legendary tv series.

As Netflix aimed to develop more of their animation production overseas and perform a pivot from the traditional in-house production system so well-known in the U.S. It means that more diversity is going to be on the platform. Including forgotten masterpieces. Like Avatar, The Last Airbender series. 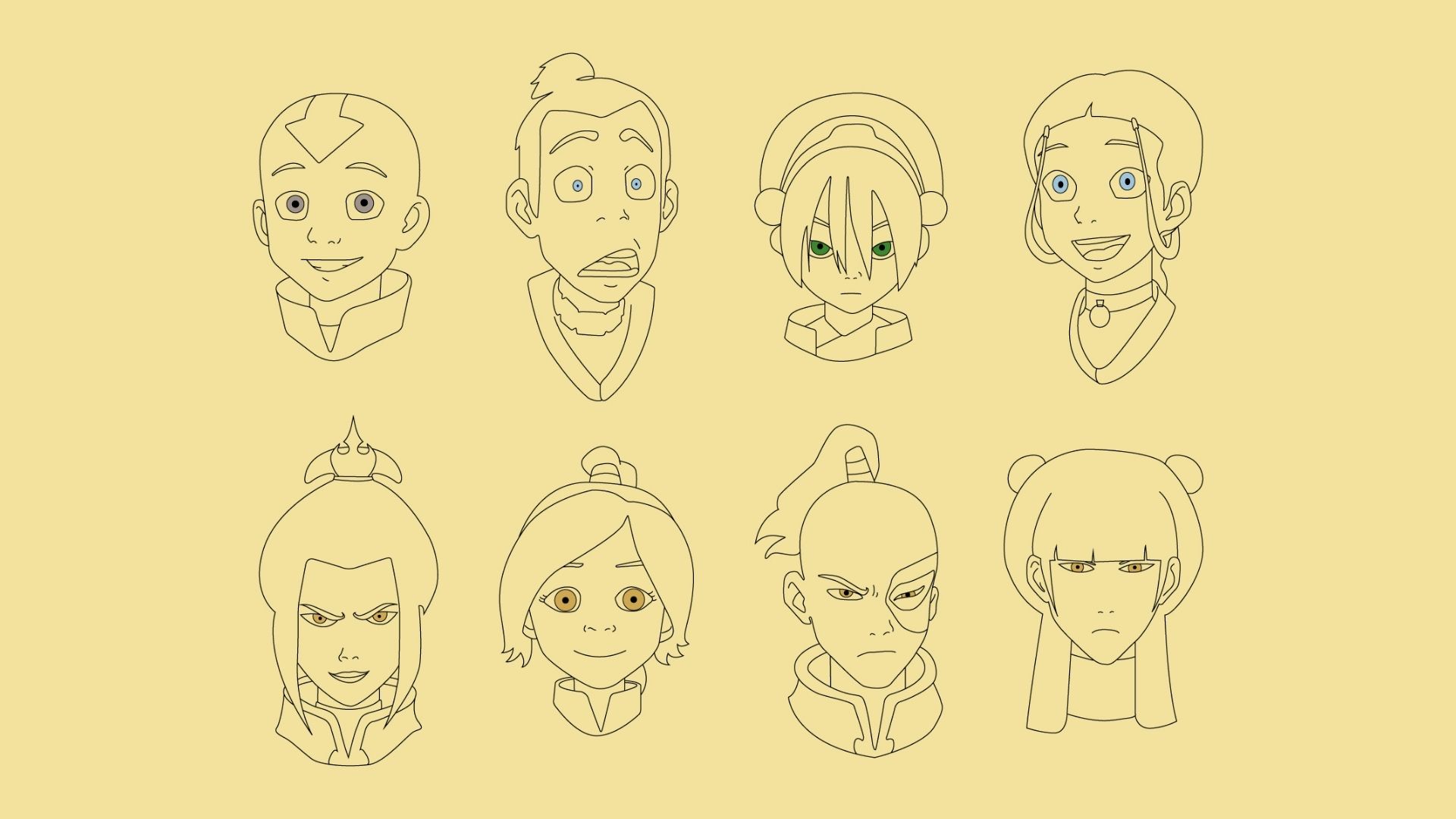 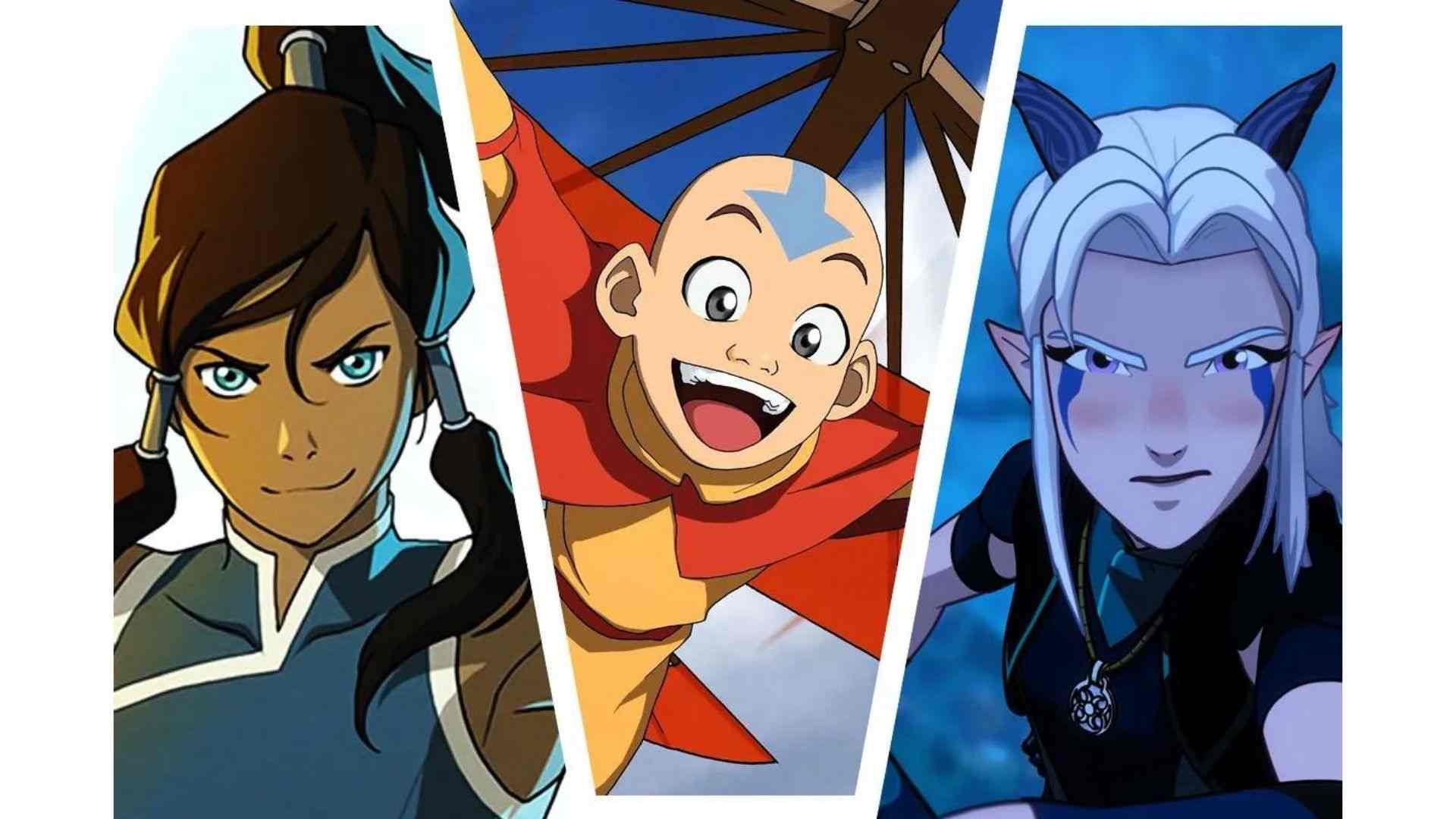 The Last Airbender debuted on Nickelodeon in 2005 and recently Netflix re-acquainted the audience with the movie once again. And… with the scale of Netflix, the series became even more popular than it ever was. The only question that pops up in our minds is very simple: why?

Let’s take a look first at the story itself.

“Avatar’s” happens in a fictional medieval world of four nations: fire, water, earth and air. This skill called “bending” is the ability to move and generally manipulate a variety of elements, a skill called bending. Those who can do things with all four elements are called “Avatar”. Such people are automatically assigned the responsibility to preserve peace among all nations.  The main character is 12-year-old Aang, the only person that survived Airbender after the genocide. Well, it is no secret that he was the last reincarnation of Avatar.

Why did Avatar become popular once again after 15 years since its release?

In 2005 Avatar was the highest-rated animated show for children. 5.6 million people – as the official statistics claim – watched the series finale in 2008.

15 years later the generation of kids grew up. Those kids who watched it back then. Well, now the show is the “number one” thing on Netflix. Of course, these kids watched that again, but many older generations join them here.

After debuting on the platform it has skyrocketed in a moment – the series stayed in Netflix’s top 10 for 61 days!

Absolute record considering the fact that the cartoon is 15 years old and it is animation. 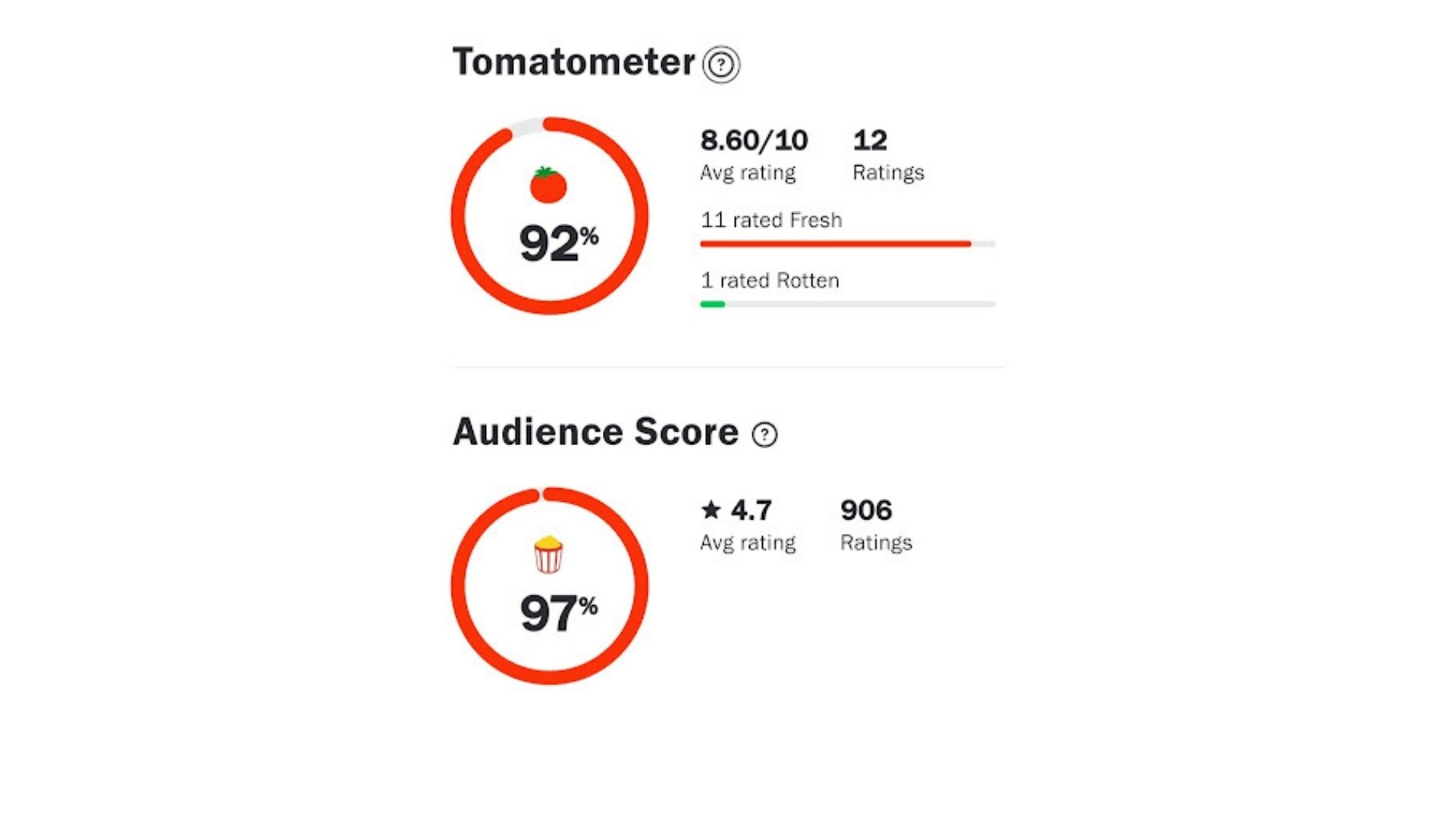 It is not the case where old forgotten things become fresh again after you pick them up from the box of treasures somewhere in the hidden drawer. That is not what Netflix did.

Avatar, the Last Airbender became so popular due to the fact that the cartoon is both visually stunning and it has a unique, deep, engaging and highly incredible story. Besides, people love going back in time to find something so amazing through the new lenses.

We learned that it is the Miyazaki films trick – to give the children this responsibility to save the world, or, to put in other words, to take a task willingly of working for the good. Avatar follows the same path but in its own fashion.

The child that is also a hero – isn’t that the reason we subconsciously like some characters because of their oxymoronic appearance?

There is another reason we already mentioned. The cartoon became engaging for many audiences, but why? Here’s the thing: even though the show was created for children originally, the series feels like adults have too many layers to be involved. Politics, ethics, identity, culture, relationships, drama –  all of that is the areas where adults felt perfectly interested at any time. Especially at our times.

The role of animation in the Avatar animation series

It’s hard to overlook brilliant fight scenes that are animated in a way that can’t remind you of anything similar. Maybe because there is not something similar to this.

Avatar is probably the only Western animated series that was so careful at portraying martial arts.

Yes, all of us, or maybe most of us have a knack for old-styled animation, but in Avatar it is not nostalgic sentiments that makes us love it so much.

The characters are not just good or bad, there is no this white/black dividing line. All of them have flaws and positive sides. 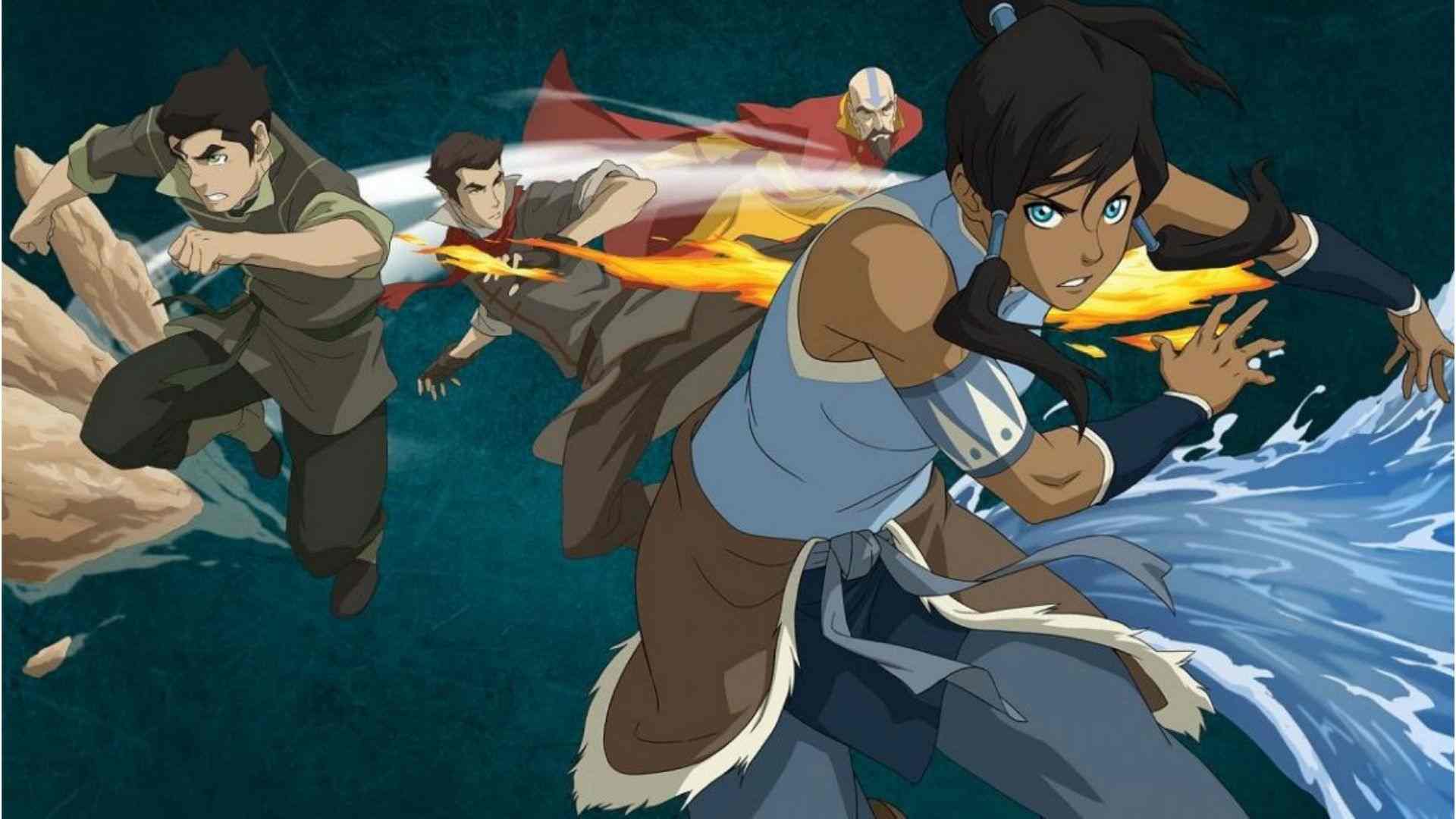 The style of animation series

Avatar, the Last Airbender is not just the action and the philosophy behind the whole story. The way animators and directors made the movie is still giving us moments of joy.

The show is literally a masterpiece of details that, like a very good novel, makes us imagine and remember even more than we see in the plot.

Aang’s iconic tattoo, the way water and fire bends, architecture and the choreography of actions — all of that created in a partly Japanese animation style with inches of western cartoons style.

What’s astounding is how well it blends into such a complex story. This animated series happened to be everything at once with the wise balance: hilarious sitcom, a drama, epic story.

Animation is perfectly used here – as a method with the help of which you can implement any ideas and stories.

The style of the series combines anime with American cartoons. It is not an anime, you are right if you think so. But the way creators nod in this direction is a kind of loving gaze. Besides, one of the directors admitted that they wanted to leave a trace to their love of anime, but not repeat the style itself. 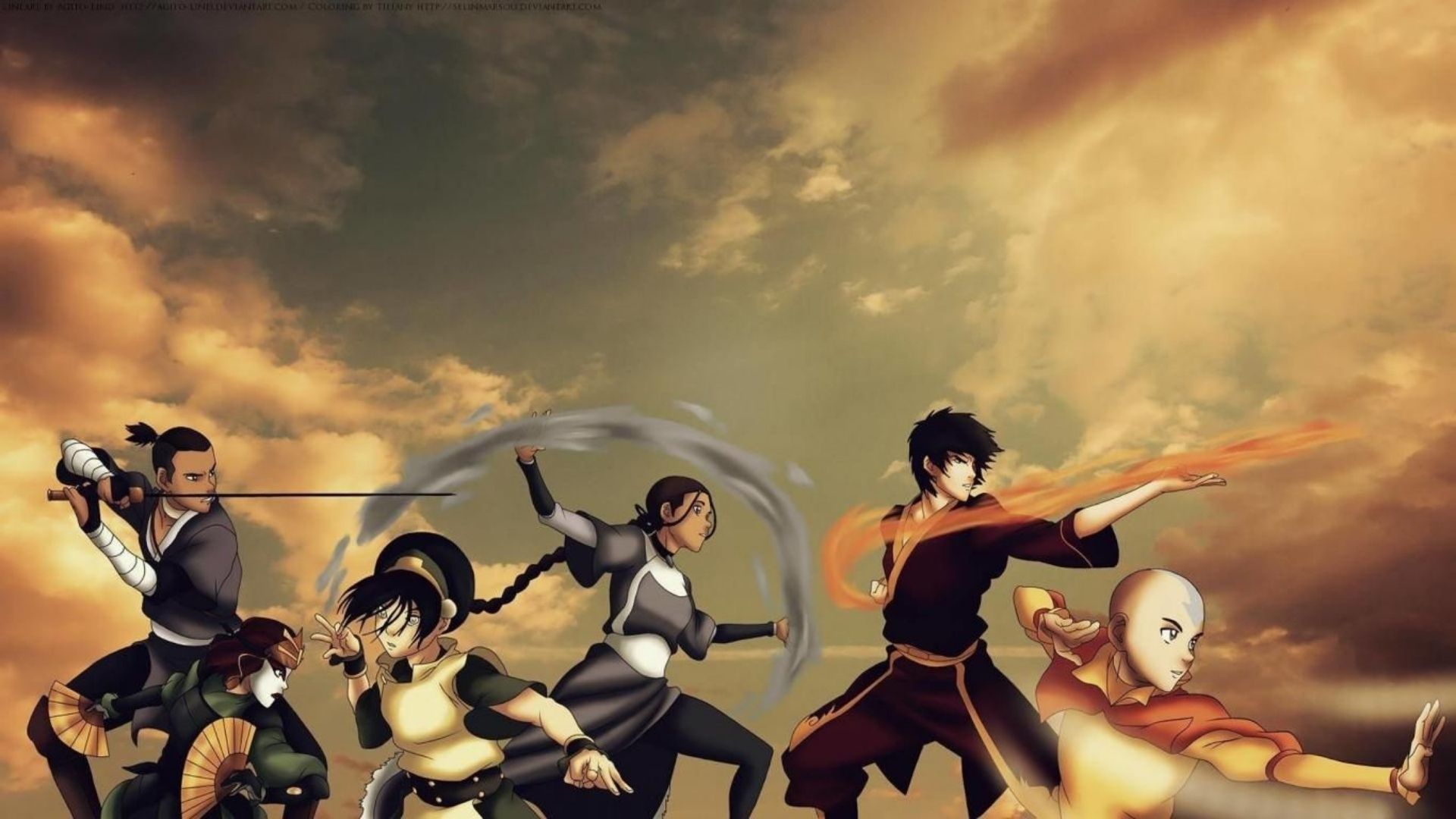 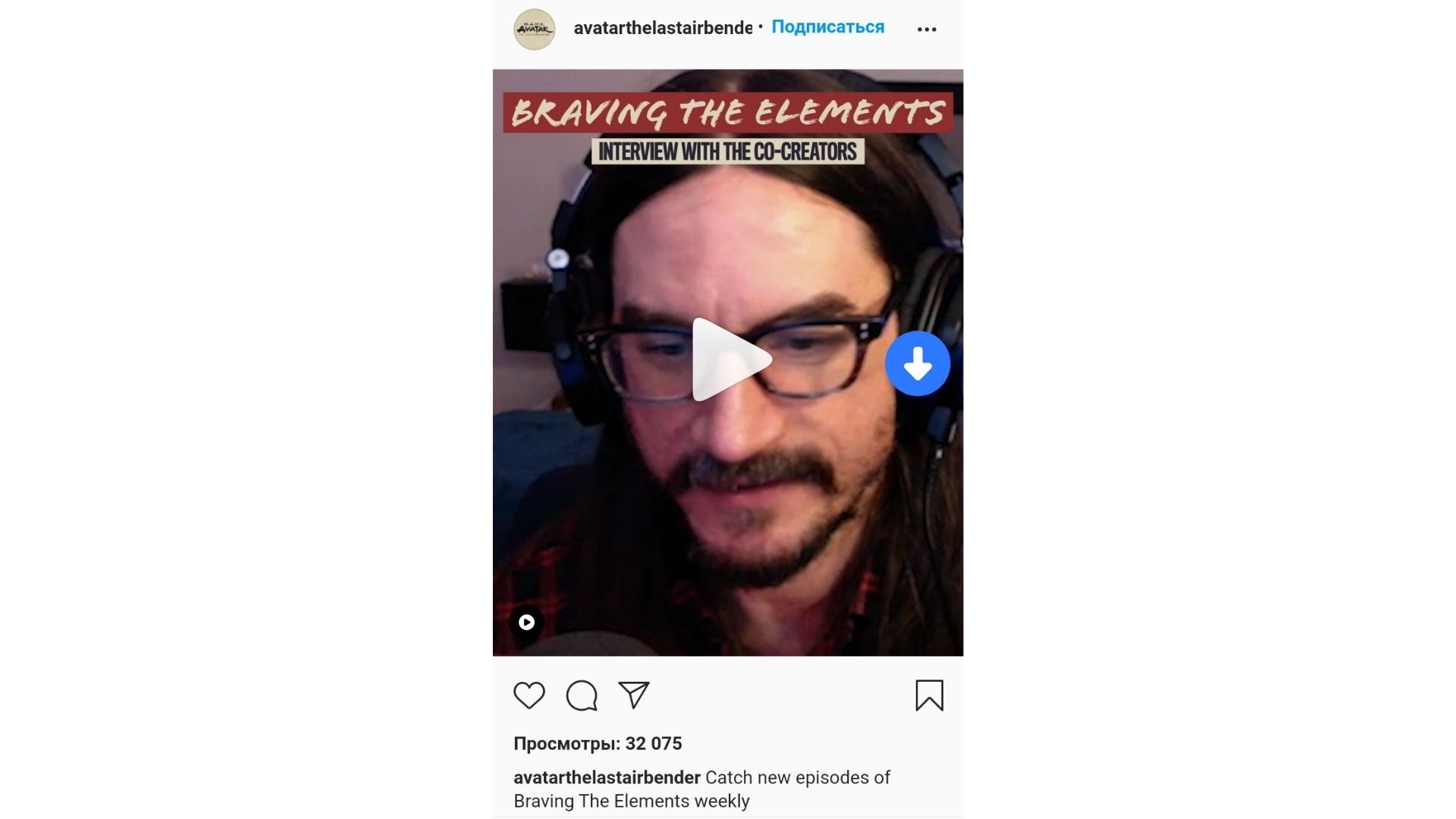 The popularity of Avatar claims more than one thing. First of all, it’s another proof of the fact how modern audiences enjoy animated content.

The show is often funny, at some moments in the best way it allows silliness, balancing hard moments with light ones. 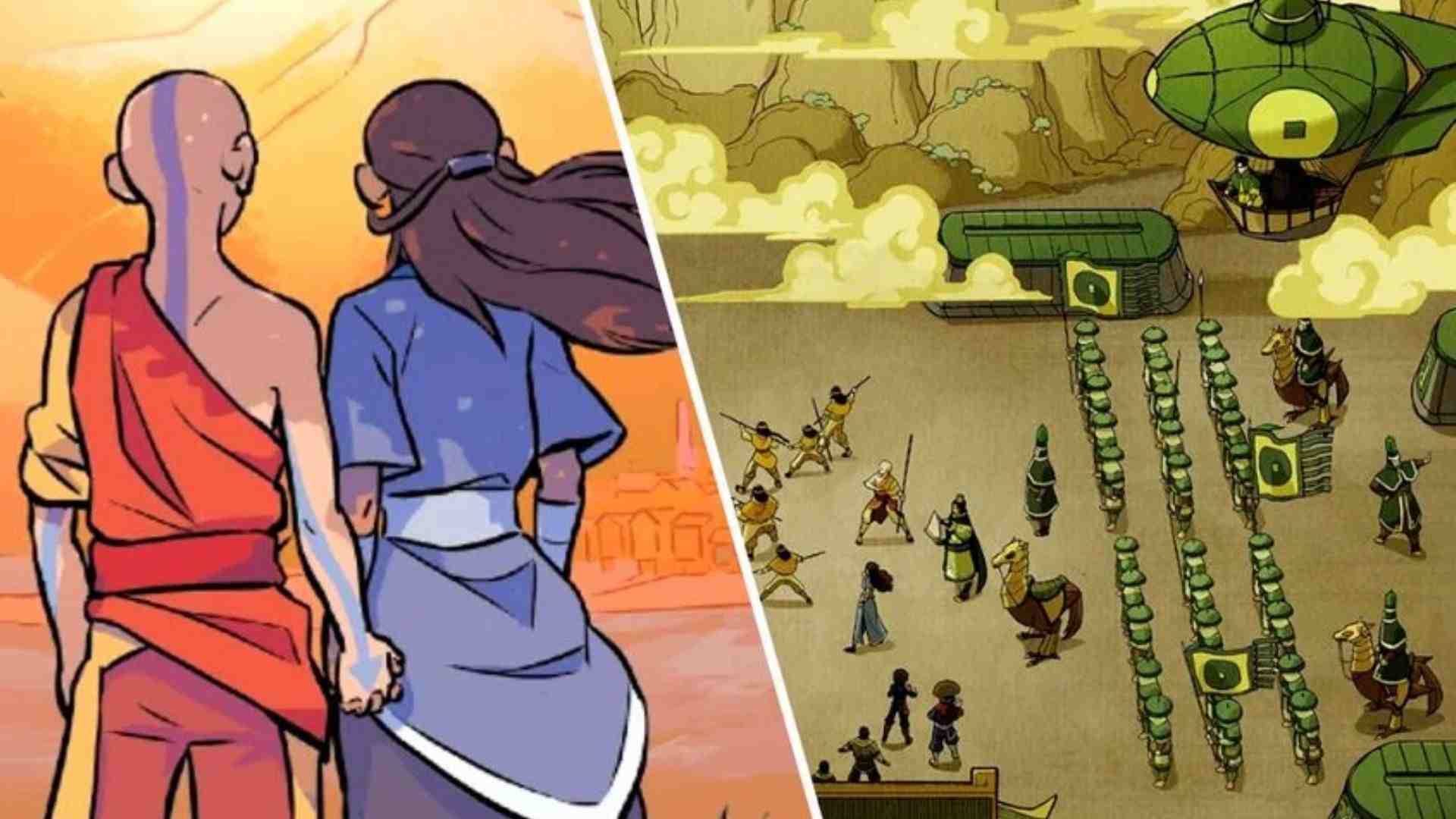 As IndieWire claimed in its wonderful list of the best animated TV shows of 21 century, “Movie? What movie? We don’t need no stinkin’ movie. Instead, we have three seasons of dense mythology, solid comedy and amazing anime-inspired animation, followed up by “The Legend of Korra,” a spin-off series which proved even more intriguing and progressive”.

Avatar took a task to respectfully portray a world that is affected by Eastern civilization more than Western. The philosophy, concepts, and relationships are all non-western. However, we can still feel the presence of the western way of seeing things. And that is wonderful.

If you want to enrich your brand with meaningful animated videos that perfectly describe and sell your product – we are waiting for your request. You can do that right now!

Good cast of the series. The actors played their roles perfectly.

I love this series. There would be more of them now.

Netflix knows how to do cool things.

In the end, a feature film will be released as a full-fledged ending. I would like so)

Cool graphics, the idea is best embodied. They succeeded in this series.

Do you recommend watching it? I haven’t seen any series yet.

How many seasons? I saw only one. Probably missed the latest news.

You wrote a good review. I say this as a fan of the series.

Now I thought about watching. probably still worth a look?

What is the rating of this series? Maybe someone knows.

I cannot thank you enough for such great writing and all people to their up to the point reviews.

Maybe this series is entertaining, but I personally noticed some very instructive moments.

Yes, there are different types of animation. This makes him even more interesting to me.

How much imagination and creativity it takes to create something like this. How the authors have enough imagination for all this, for several seasons, never understood. But maybe I’m just not a creative person.

Personally, I like the music from this series. Made myself new sounds on the phone now)

I read about Avatar on various sites. It seems that this is a very popular series.

I hope that there will be as interesting fantasy series as this one.

I’m a fan. And I like very little from the animation world. But this is in the heart. It is a pity that there are few works like this.

I didn’t like it very much. Animation as animation. Nothing special.

Thank you for such an extensive review of Avatar. Personally, I learned something new for myself.

I didn’t even know that Avatar had such ratings. So many spectators, it’s amazing.

I just love this series. Thank you for writing about him.

I recommend to you to visit a site on which there are many articles on this question.

Willingly I accept. The theme is interesting, I will take part in discussion.

How much time do you spend writing such material?

When I was younger, for me it was just a cartoon. But when he became a senior, he understood it completely differently.

I wonder if there will be a sequel. Still, this is a rating series.

I don’t really like animation. But this series is quite good.

My friends have been waiting for the release of new series for a long time. And I did smarter. I watched it when the whole season came out)

It’s good that at least someone else is able to create such good things.

Your blog did not disappoint me again. Great article, lots of interesting videos.
Thank you very much for your efforts.

Has already viewed the Avatar twice. And I want more. I’m not bored at all.

I was looking for something similar and accidentally saw your site. Now I am your subscriber)

Everything is good in this series. And a well-thought-out script, good characters, well-chosen music. For this you just have to respect him.

What quality content, it’s good that they create something similar.

I watched everything from start to finish. He just couldn’t get away.

How long does it take to create something like this? Is making such films a very difficult process? Write an article about it. About that. how movies are made. I would really like to read it.

Very nice. Congratulations on the new site. Ill definitely check it out next time I take a break, if that actually ever happens!