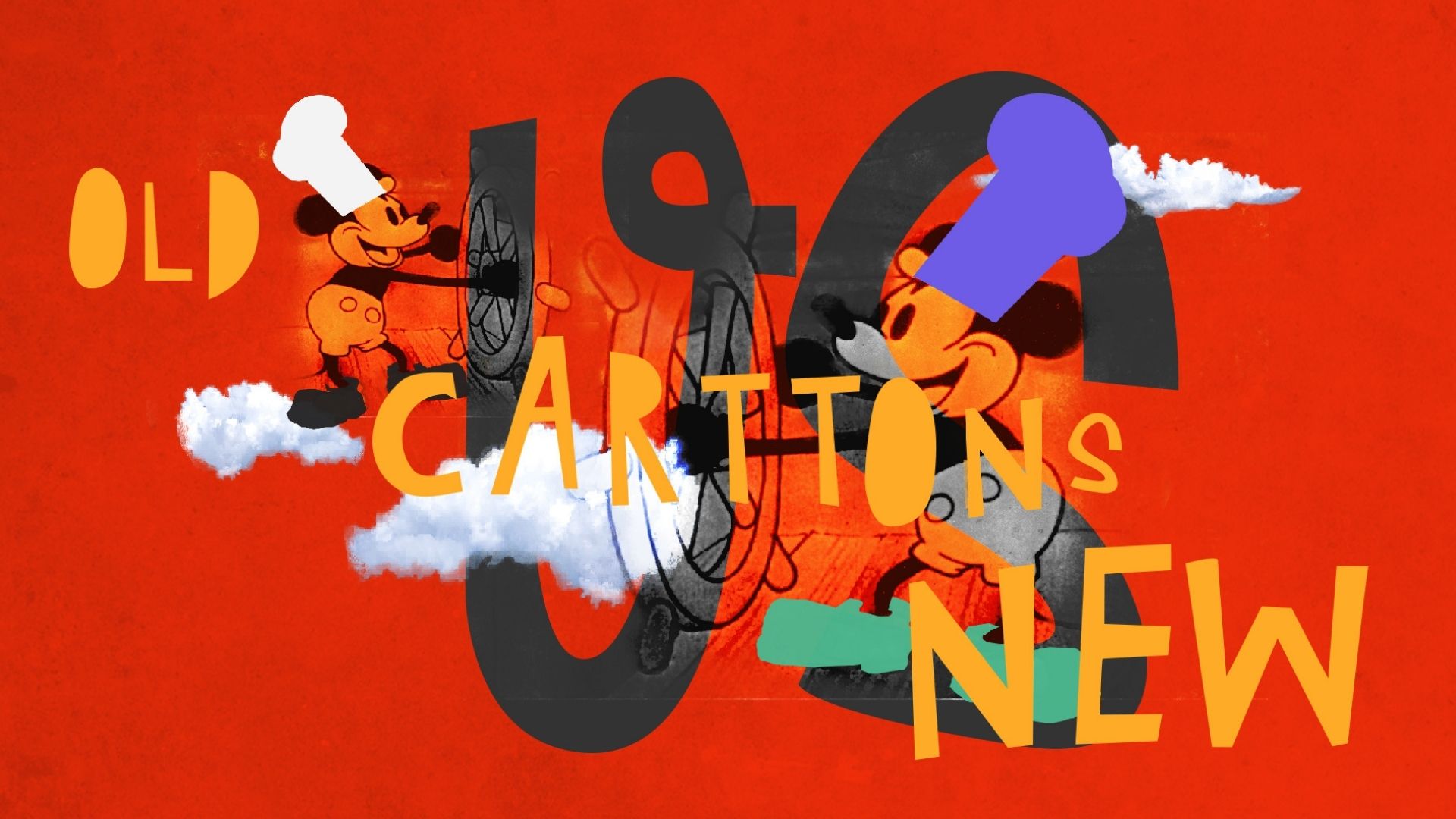 Cartoon styles of the modern and old animation era

There is a vast history of animation and cartoon styles that have shaped the industry. Animation had its humble beginnings in black and white, hand-drawn cartoons. Over time these hand-drawn animations were replaced with modern technology such as computers to create full-color cartoons.

Cartoons are fun to watch, especially when you’re a kid. There’s nothing better than watching your favorite childhood animated shows and movies. While there is no doubt that cartoons have come a long way, they still carry the same elements which made them so special, to begin with. Cartoon styles of today and yesterday are very different in many ways but also similar in others.

Today’s animations tend to focus more on 3D realism, while old cartoons focus on being creative by using unique characters and plots. Although the best cartoon styles have evolved over time, both eras had their own charm that gives them universal appeal even after all this time!  It’s not hard to see how animation has changed throughout history as well as how it continues to change today.

However, despite all this advancement, some things have been lost during the transition between eras. In this blog post, we’re going to take a look at those differences while providing examples for reference. We’ll also explore why these cartoon styles are important according to specific purposes. Every animation has its own means to ignite and attract customers.

Cartoons were once a staple of animation styles in the 90s and early 2000s, but nowadays, it is common to see these 2D cartoons within TV advertisements or on kids’ shows such as Peppa Pig or adult series like The Simpsons, Family Guy, and Rick and Morty. 2D animation is a term used to describe the style of animation that was popular in the early part of the 20th century. 2D animation is produced through a series of hand-drawn images compiled and photographed to create a film.

An example of 2D animation would be “The Lion King.”

This style of animation is 3D modeling, rendering, and animation. The computer-generated imagery of the models can be created either before or during a shot through various methods such as keyframing, motion capture, and face scanning. This style is often used to create more realistic visual effects.

3D animation, also known as computer-generated imagery, is an animated film that uses three-dimensional models created on computers. Certain software programs can create 3D animation, or it can be achieved with relative ease by using digital video editing systems such as Adobe After Effects and Final Cut Pro.

First, let’s talk about The Lion King 1994. In this animated movie, the characters look almost as if they were humans, which is a technique that modern animators use. This movie also has very bright colors. In one scene, you can see an orange sky with a very pale sun and a blue-green grassy field as far as the eye can see.

The 2019 remake of The Lion King has more vivid colors. Still, it retains some of those qualities from the original film, including the use of silhouettes to enhance certain aspects of the storyline. One big difference between The Lion King 2019 and its predecessor is that it has a lot more detail in every part of the animation style, such as fur texture, hair movement, and muscle motion.

The Lion King 2019 was done to appeal to modern audiences and give them a nostalgic feeling for the cartoon styles of the past. However, this film still has elements from both eras, which makes it unique in its own right.

Computer animation is one of the most prevalent 3D animations, featured in children’s films such as Monsters vs. Aliens and Dreamworks’ Shrek series. Movies use a variety of processes to achieve their end goals, but all 3D computer animations follow one process, either keyframing and motion capture.

The result is a highly fluid movement that is able to rival the look of traditional 2D hand-drawn animation techniques like those used by Disney and Studio Ghibli. This technology has greatly improved animators’ capabilities and skill levels (in terms of digitally blending movements and certain effects) because it can be difficult to create movements that fit perfectly into a scene that can be repeated repeatedly.

Anime is one of the Japanese styles of animation that has vast differences from Western animation. They are more realistic in appearance, and they are often more detailed than their Western counterparts. Anime cartoon characters normally have larger eyes and smaller noses, which helps to emphasize their facial expressions. The anime style of animation borrows heavily from Japanese culture with mythical animals, domestic animals, and ethnic groups featured in some cartoons.

One of the examples is Godzilla, a franchise that features a number of monsters originating from Japan’s history or folklore. At the same time, another is Howl’s Moving Castle, an animated film by Hayao Miyazaki. A major difference between anime and Western animation is that while anime emphasizes action through exaggeration, Western cartoons exaggerate motion for comic or dramatic effect.

The art of anime is also different as it’s designed to be emotionally intense and dramatic instead of the physical intensity and comedy of Western animation. Anime uses exaggerated expressions and body language, such as large eyes and minimalistic clothing, which help portray feelings very clearly. Japanese shows tend to emphasize specific sounds for particular actions, whereas Western cartoons use many more generic effects.

Stop motion is a type of animation technique that is typically used for making animated films. The animator moves an object, holds the position until the film frame at which it will next be moved and then moves it again. This process is repeated many times for each frame of film, resulting in a stop motion effect.

Animated drawings sometimes have an appearance of transparency because they are drawn on paper, and magic lanterns may be used to project them onto different materials, usually either backlit translucent sheets or reflective glass. When working with clay, the animator often must alter the shape slightly to ensure a strong impression when photographed.

Even after computerized animation was introduced, most hand-drawn animated films were created by photographing models as though seen from a camera’s viewpoint so that the background appears distant relative to foreground elements such as characters or props moving in front of it.

Let’s take Coraline as an example with this behind the scenes:

A stop-motion film directed by Henry Selick. The story is about an adventurous young girl who finds an abandoned parallel world through the door of her new home. Her only company is some particular characters with eye buttons. She meets with other kids there, all without parents in this bizarre world where nothing needs to be done for them because it’s already “perfect.”

The art style present in the indie, low-budget cartoons is usually different from the big-budget animation normally seen on televisions. The animation style of indie cartoons is much sketchier and imperfect as it does not need to appeal to large audiences as mainstream animation does.

This difference in animation styles allows indie animators the chance to experiment with new styles and techniques that would be too difficult or expensive for big studios to carry out. One of the most popular examples of this kind of style is the show “Isle of Dogs” by Wes Anderson. The show was praised for its unique animation style, looking like it was “done on construction paper and crayons.”

It offers an opportunity to explore the things happening in other countries, think about what life was like back then, how it felt to live during this era. Oil painting animations are created by several artists who work together in order to create something beautiful. These works are somewhat different from typical cartoons, those who watch them fall in love with the picturesque world.

Nowadays, the combination of 2D and 3D is a new thing since it has a fresh yet unusual look. It has taken on some traditional art styles from the past while also having a modern, edgy vibe. There are many considerations that go into choosing whether or not to draw in this style. You must have an understanding of both traditional animation and 3D animation to know how to create a successful cartoon in this style.

Cartoons have gone through a lot of changes in terms of style. The line between animation and cartoons has also become blurred. In cartoons from the old-school era, there was a lot of exaggeration for specific emotions. In the modern era, you get a lot more accurate depictions of people’s feelings and characteristics, making them more relatable.

In the early decades of animation, there was a lot more experimentation with styles. In classic Disney cartoons, they drew everything very realistically, and there were no rainbow colors or abstract shapes.

The characters had to look believable and natural, and their clothing and hair had to flow realistically rather than having the straight lines that we know from today’s cartoons. The backgrounds didn’t consist of colorful abstract shapes either. There were actual 2D backdrops such as mountains and forests, making the cartoon seem like it took place in its own world.

For example, Spider-man Into the Spider-verse is a great way to illustrate the mixture of styles. The film takes place in the Marvel Cinematic Universe, which is made up of live-action films and cartoons. The film has traditional 2D animation but also 3D animation to help enrich the storytelling and animated experience.

The art of animation has gone through many changes since the beginning of time. There are different styles that have been used to create cartoons, and each style is best suited for a particular type of show or message. Understanding what kind of cartoon you’re trying to produce will help you determine which technique should be applied in order to meet your goals.

Different effects can be created using various types of animation, so you should choose which style is best suited for your specific project. Once you’ve decided what kind of cartoon you want to make, it will be easier for you to decide on the execution method that will work best. Contact us for a professional consultation!

How long does it take to make a cartoon?

I love animation and everything connected with it. Therefore, this article was very warm to me.

Nothing to add, just I love to spend time in this website and read every word here.

Like for the anime. It is good that he was mentioned. I know a lot of fans who will also read about anime.

Soul is, in my opinion, the best animated feature film to date. We love watching it with the family.

Some of the coolest representatives of the world of animation in this article. A combination that deserves attention.
Thank you for the unsurpassed work of the team)