Home | Blog | How to create an animated video script for any goal? 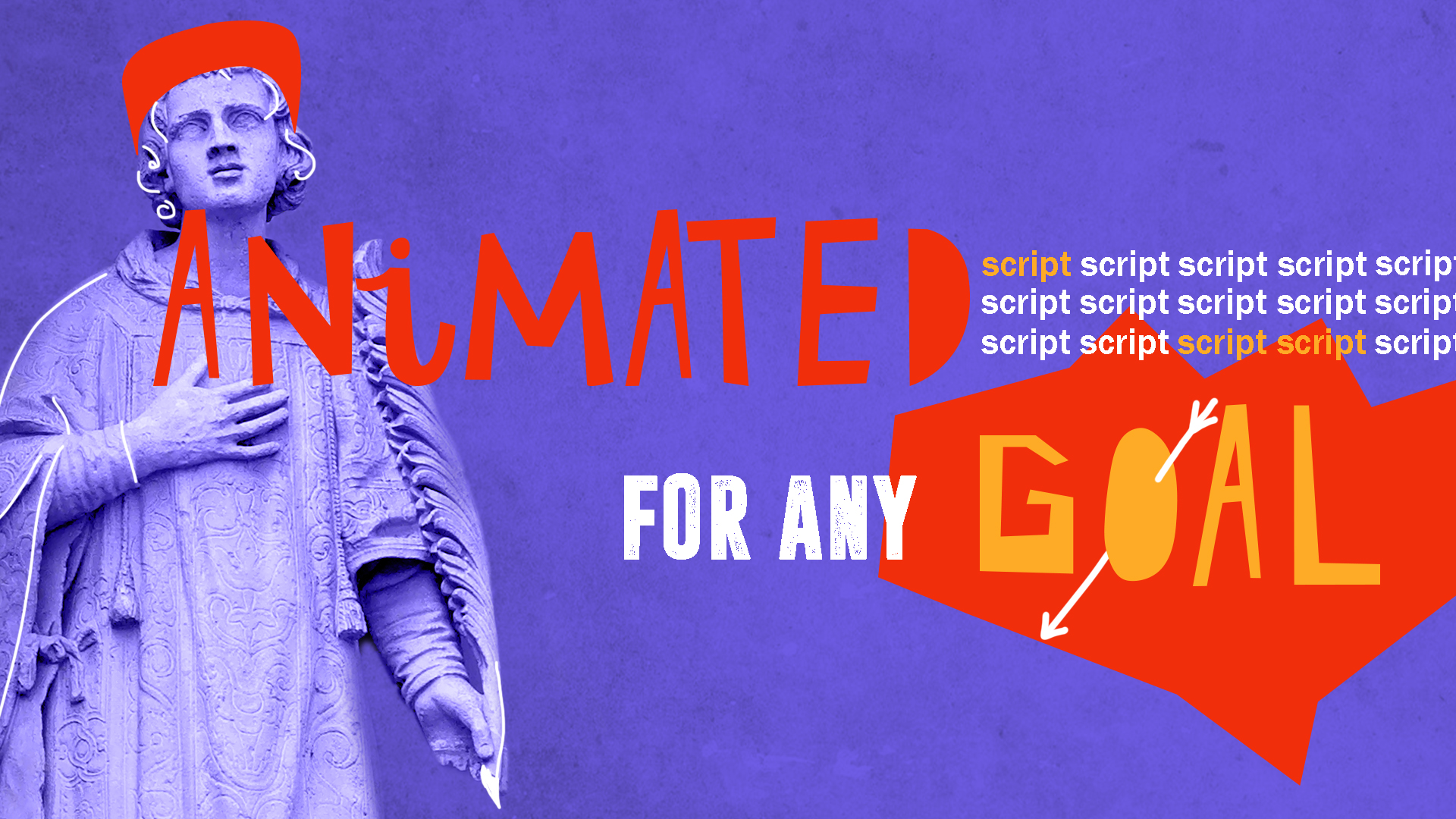 How to create an animated video script for any goal?

Everything begins with the script. This sentence could be some sort of a rule. When it comes to animation or any other type of video, before actually making it, you need a proper, clear and interesting script.

In other words, you have to produce summaries with a comprehensible view of the future video and give animators and artists a map. They will do the rest.

Before we go anywhere with an animated video itself, let’s be clear about one thing: it is better to keep the script as simple as possible. Many people when it comes to writing a script allow themselves a certain amount of creative freedom – which is good, but usually, it ends up with many ideas that are quite hard to make a reality due to the.. budget.

Keeping the script simple helps to avoid any vague moments. Besides, you’d be surprised how much work it takes to make even the simple video effects.

Do you want to create an animated marketing video that is not only engaging but also a bit of a piece of art? In such a case knowing how to develop a great script is obligatory. Let’s figure it out together. 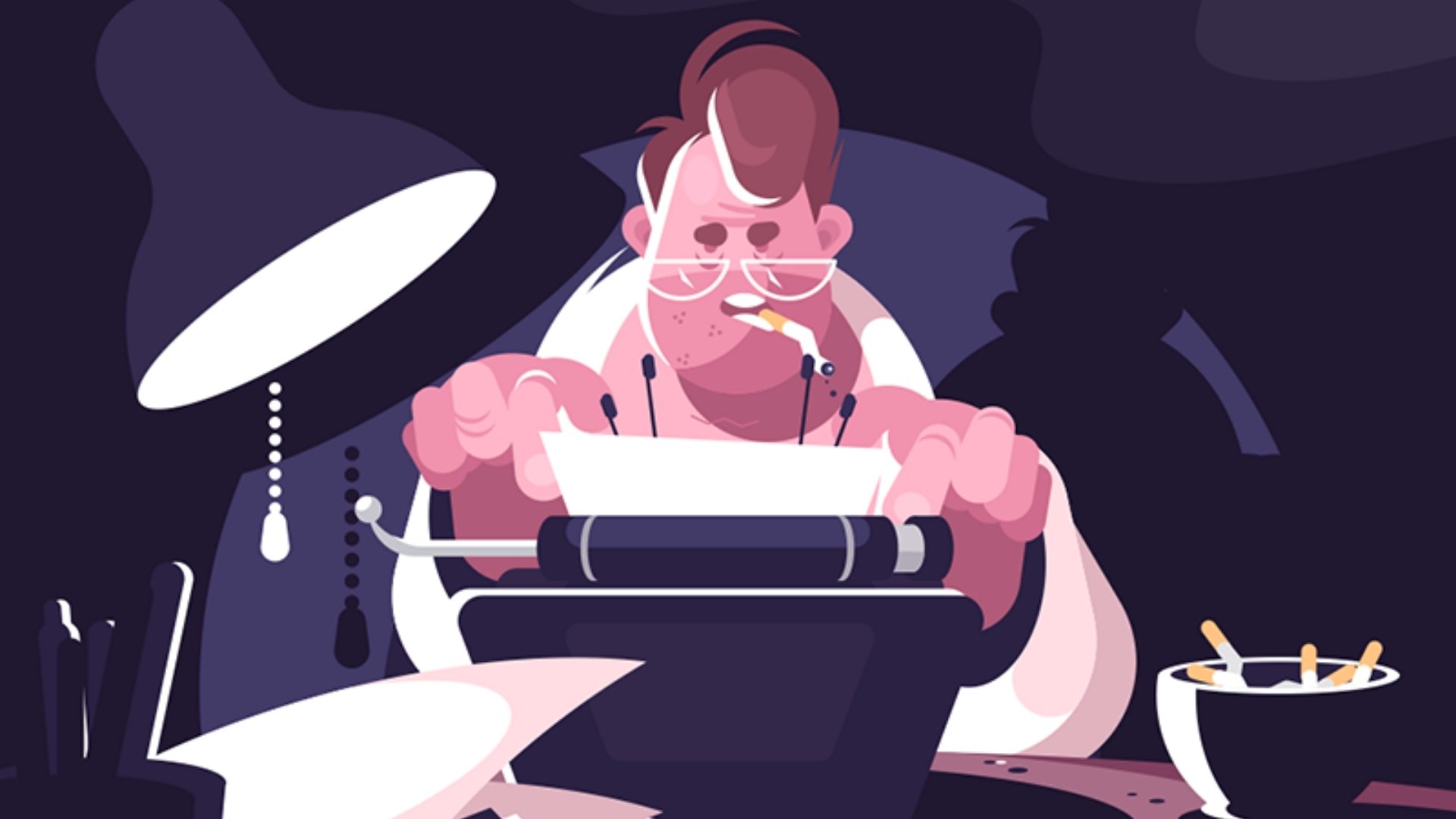 It all starts from an idea

Any script starts from a concept. Yes, the concept is this core idea that will help you envelop the rest of the script around it. All the scenes, dialogues or maybe just background narrative will be directed in the way shown by your main idea.

How you handle the idea is the way your video will unfold in the end. The script helps to bind both visual and verbal story together, making it create two realms that support one another.

Quite often the role of idea plays a client’s request or purpose of the video. If your client wants a particular thought to go through the video, you take it and create a narrative around it. Thus, it becomes the concept of the video. That is a starting point.

The number of ways to make a script for a concept is more than more – it is extensive. Let’s take a look at some of them.

Screenplays evolve essentially can be divided into two ways: plot-driven or character-oriented. Everything else is coming either from one or another.

1. Character oriented. In this case, you give a character the main role in the whole script. You have to write down every single step a character makes, his lines and decisions. One of the other things many screenwriters frequently say when teaching classes – take people inside the character. Literally. Give them the same information as your character received from the circumstances and outside world.

By doing this you let people make their minds about the character and his actions. Besides, the audience will feel the same emotions.

With this approach, your video won’t make any sense without a character. The story unfolds only with him present.

Here’s a wonderful example of character-oriented animation, with real-life prototype.

2. Plot-driven. High Concept is a term from Hollywood that describes a movie that is easy to sell to a wide audience. Just because the idea behind it is easy to comprehend. A plot-driven story derives entirely from a well-constructed sequence of events.

One of the great examples of an animated video with a plot-driven script is over here. You can actually see how the plot is enveloped here around the main concept, how it slowly moves from the wider context to a more precise, drawing to people what is so good about the product videos is about. 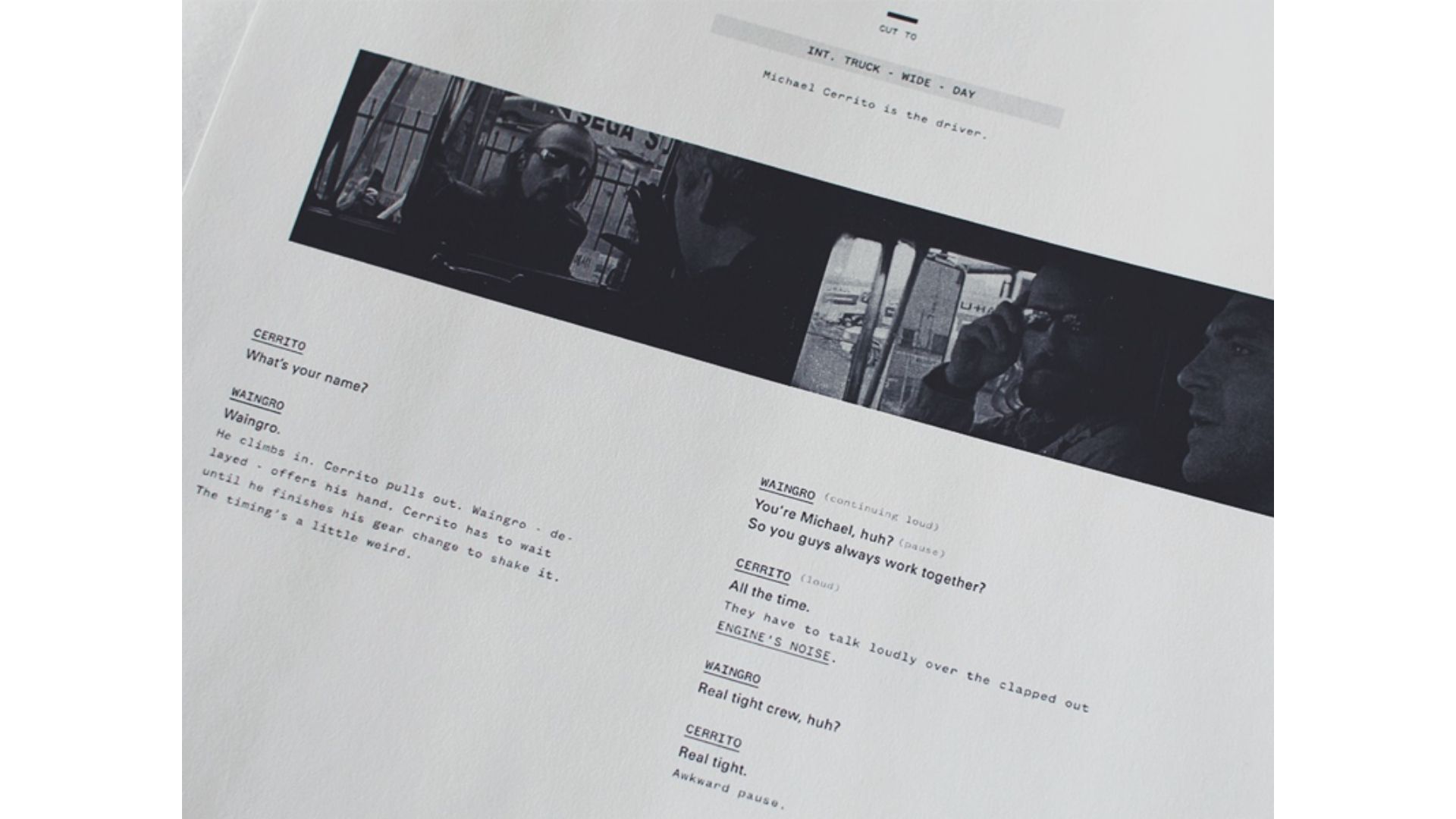 Plot devices to use

First of all, let’s define what a plot device is. Basically, it is any technique in a narrative that helps to drive a plot.

In other words, this is how you make the story work. 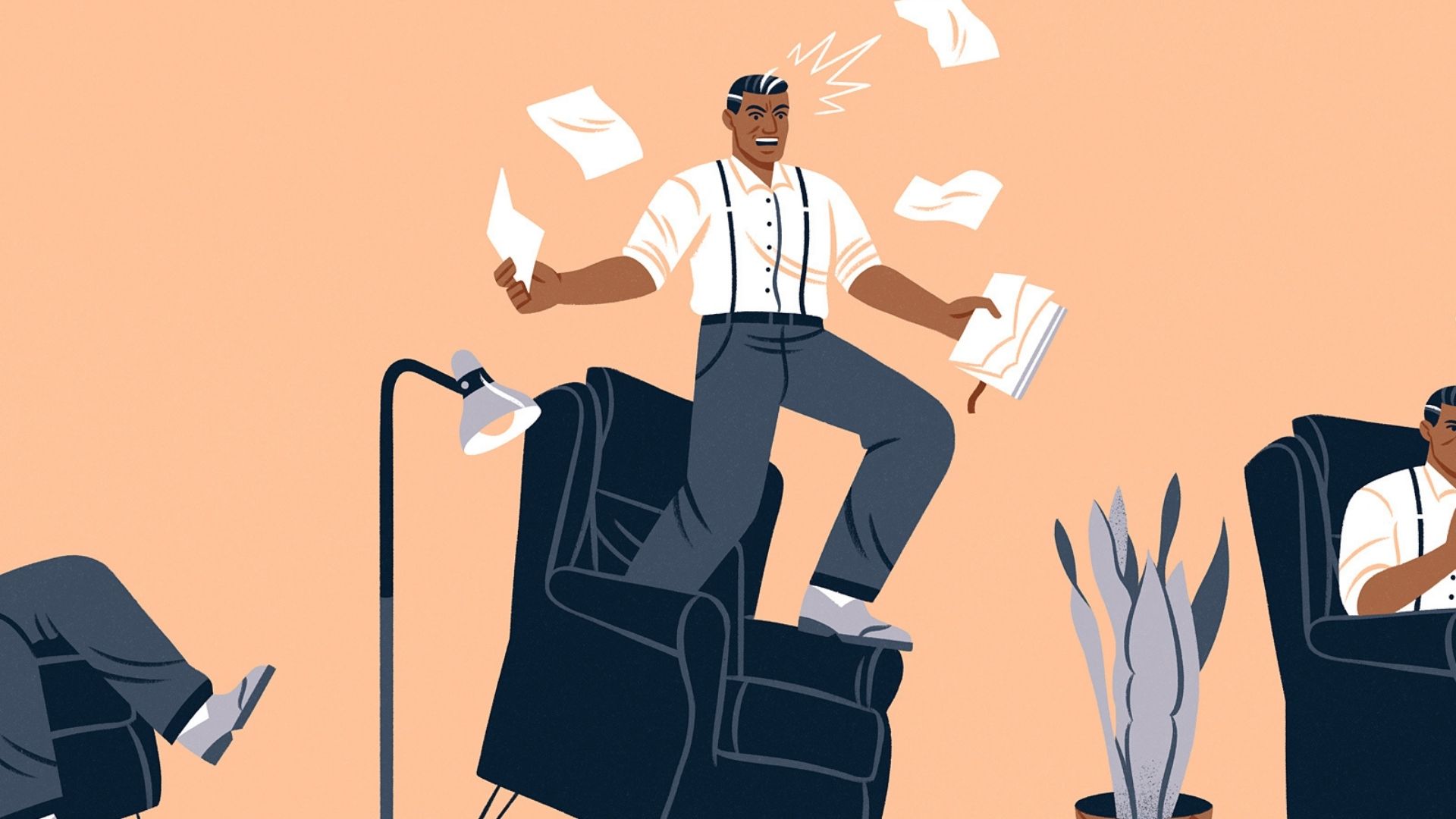 Research of the topic

A great script for any commercial video depends on how well you know a topic. Unless you are already an expert in the field, you need to go through very meticulous research. In the end, it affects the quality of the video and determines whether it works and helps you to succeed with a purpose or not. Here are a few tools to use when researching a topic:

Let me ask you a question: how often have you seen really new, unique ideas that no one ever thinks about? Yes, not that often, right? It is because most of our ideas have a foundation – whether in myths, religion, literature or history. Even in such a “new” sphere as marketing, it is hard to come up with something unique.

Test your ideas for script creation on authenticity and uniqueness first. If someone already used the same idea maybe it is not worthy to include in your script?

It is always better to do extra research in order to understand whether your idea is a new breath for the business.

Basically, in order to create a stunning animated video scenario, you have to find the right proportion between a script and the shape (like music, effects, montage, voice-over and so on). Besides, remember that a script has two goals – to give people the idea of how your product or service can help your target audience and to navigate how the video moves, establishing itself.

Making the story out of a problem

There is always an issue to solve. Especially when we are talking about an animated video script for an explainer or video for your business. Here are a few questions you should answer when making a script:

These questions describe both your motivation – which is going to make a huge impact on the video – and the story itself. You should know that script creation is another way to address the problem your prospects have. Write down how they can solve it.

For example in this video we can see a question of savings for pension – the issue that is actual for every person in every country.

Here we see how Creative Pension Trust step by step explained the importance of making sure you have enough money when you stop working.

That’s because the full State Pension is very low, and its future value and availability isn’t guaranteed. The script takes us slowly to the decision that helps to solve the problem.

Why is a script more than just words?

Many people used to think that script is always about the verbal. Well, nope! a script for an animated video should include visuals, instructions for the voice-over and sound design.

Scriptwriters have to see with the words. They have to provide other people with this vision that will help to incorporate written words into visuals.

When writing an animation script you should make scenes and voice-over the one. They have to be aligned from one point of view and you have to see that clearly. Meaning: animated scenario has to include not just verbal information, it has include design and visuals as an internal part that will blossom once the filming part begins.

You are not only informing the creative process, but also creating a space for images. When you are writing a certain scene you always have to check it with the rest of the animation video script.

Mull over a part of the animation script where it should convey a specific feeling.

Finally, it is incredibly important that you lead your viewers in the right direction. Yes-yes, a video can say everything by itself, but the truth is that people need to hear the call. So always write a clear call to action. Any animation video scenario should include that.

There are several types of CTA included in script and, therefore, in animation.

Voice-over CTA – effective for viewers who react better to a recognizable voice.

Text CTA – should be precise and kept for the last 15 seconds of the animated video.

Clickable CTA – must include a hyperlink. The vest to use if you want to redirect the audience somewhere.

The reasons for different CTAs could be various – it depends on your audience, goals and what you are generally expecting from a video.

What should every script include?

Besides crisp, juicy language, there is a structure and a bunch of methods that are necessary for a script.

Characters – either you have a character-driven type of content or not, your characters have to be as memorable as possible. It doesn’t mean making him/her super unique – not necessarily. It only means that you have to give him fine, clear motivations, traits, views and so on.

Fabula – there’s a plot and there’s a fabula. The term refers to the chronological order in which the events of a story take place: the timeline and how it opens the story itself.

Narrative – this is how you tell the story. In real-time, by looking in the past and talking about it, by breaking the fourth wall and so on. Use the one that can be applied to your type of video.

Intrigue – it is a concept that indicates how you interest the audience with some aspects of your story. In our case, you have to do it in a way you will solve a problem.

Time to write a script

Okay, you have quite a lot of knowledge at your disposal right now, don’t you agree? It is time to write a script!

First of all, stick to the classic, most basic structure:

A beginning-middle of the story-end logic. Sounds too simple? Well, it is not at all! It’s just a map that shows you how you must move without giving specific information about the land you’re stepping on.

Now you’ve got yourself a script. 🙂

During the script creation, you have to rely on a few tools. Here’s some for the start:

Hopefully, these tips and tools will help you to organise your thoughts and make a great animation script that will become a wonderful animated video. 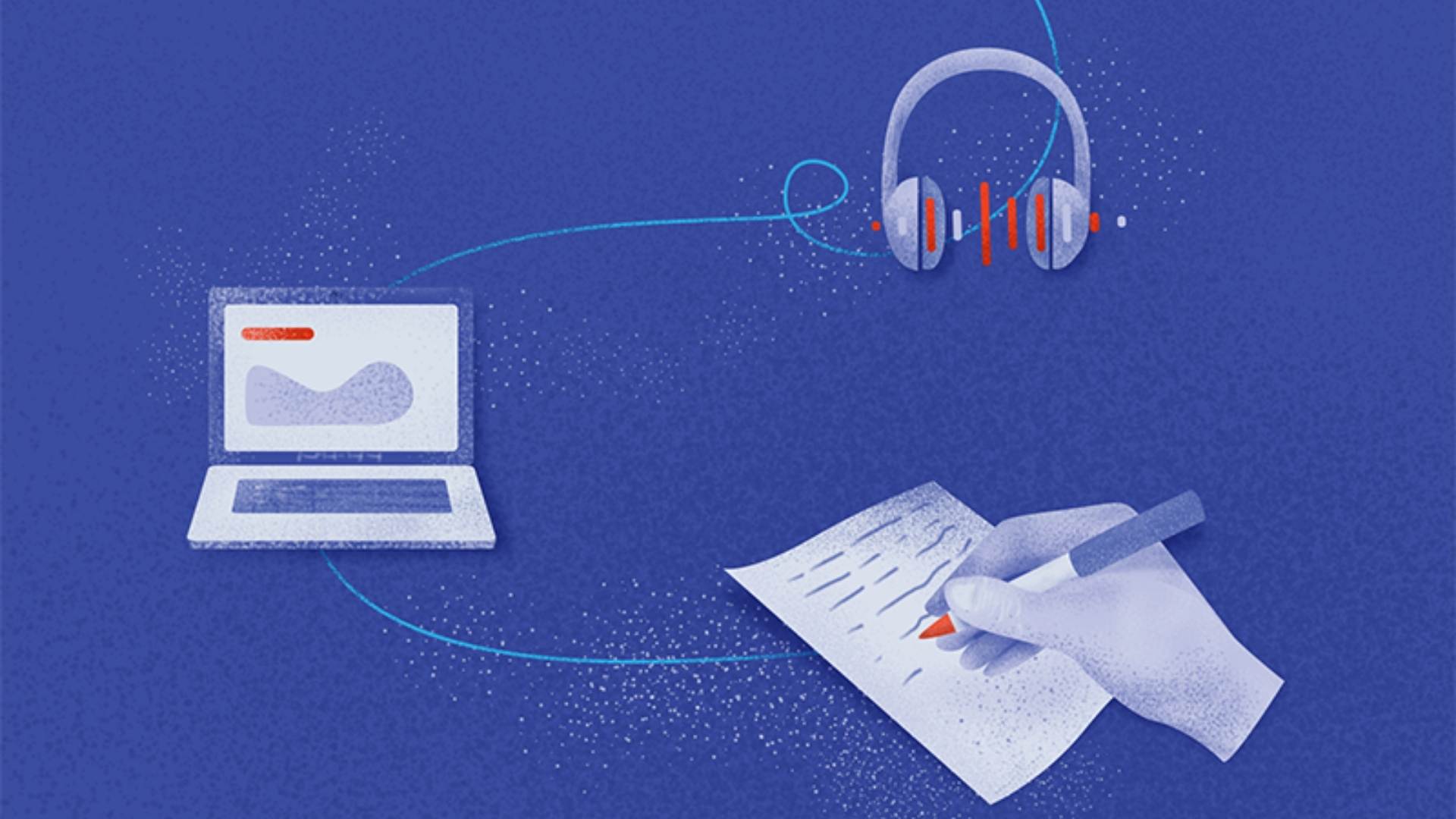 Why are there so many shipwrecks in the Black Sea? Here’s an animated video with a wonderful, plot-driven script that narrates the story. An amazing example of storytelling that is shown and explains.

The animation video scenario helps to take viewers on a journey of the features the company offers to its customers. The script is really like the journey that step by step shows the benefits of the offer.

A classic and yet compelling video about solving a problem. The plot has been created around an issue that is solved by the IT man – which is funny, engaging and simply great.

Video about 4 stages that a person can go through when coming to a new company. An animation script includes the ways how a person integrates into new responsibilities and what are the prospects for her development as a specialist. Great storytelling that never misses a point of the main problem.

A script that must be precise in the most technical of the ways – it should explain how to use a system. If making such an animation script we recommend using The Brain.

Would you like to request a wonderful video that will enliven your audience and help them to understand your company better? Well, we know how to make a fantastic script and create an animated video out of it. Request it right now!

How to write a video script: step-by-step guide

Best templates for creative people (Gantt for Projects, Template for a Script, Brief for a video etc, Price Template etc)

I’ll try to make something similar too.

correct information about creating a script, I was looking for this

For someone who really wants and has the talent to create a script is not so difficult, your advice is very detailed.